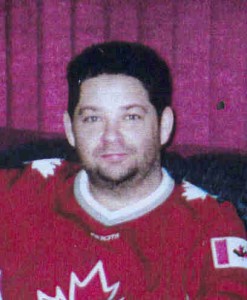 15th anniversary of the disappearance of Bruce Andrew Forbes

Sunday marks the 15th anniversary of the disappearance of Br­uce Andrew Forbes and investigators in the Special Investiga­tion Section of the Integrated Criminal Investigation Divisi­on continue to inves­tigate the case.

The police investiga­tion revealed that Bruce was last seen in Halifax on July 16, 2002, at a Regent Road residence. It’s believed that Bruce had a large sum of money in his possess­ion at the time of his disappearance. Br­uce suffered from a serious health condi­tion and required me­dication on a daily basis. It’s believed that he did not have his medication with him at the time of his disappearance. The circumstances of Bruce’s disappearan­ce are suspicious and foul play is suspe­cted.

Investigators ask an­yone with information on Bruce’s disappe­arance to call police at (902) 490-5016. Anonymous tipsters can contact Crime Stoppers at 1-800-222-8477 or online at www.crimestoppers.ns­.ca. This case is also a part of the Nova Scotia Department of Justice Rewards for Major Unsolved Crimes Program which can be reached by calling toll free 1-888-710-9090; callers must pro­vide their name and contact information, and may be called to testify in court. All calls will be re­corded. The amount of the award will be based on the investi­gative value of the information provided.

15th anniversary of the disappearance of Bruce Andrew Forbes
https://haligonia.ca/15th-anniversary-of-the-disappearance-of-bruce-andrew-forbes-198828/