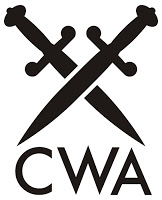 Frederick Forsyth (M) is the 2012 winner of the Crime Writers’ Association Diamond Dagger.
This coveted honour is awarded annual by the association’s membership. Nominated authors’ “careers must be marked by sustained excellence” and they “must have made a significant contribution to crime fiction”. High praise from one’s peers.

Frederick Forsyth has had a long career beginning with his first novel, The Day of the Jackal (M), published in 1971. Forsyth is known for his political and spy suspense fiction whose plots are richly detailed and compelling. The reader is drawn into a Forsyth story, yet not overwhelmed, by rich factual details and a host of interesting characters. His latest book The Cobra (M) was published in 2010.
“What if you had carte blanche to fight evil? Nothing held back, nothing off the table. What would you do? For decades, the world has been fighting the drug cartels, and losing, their billions of dollars making them the most powerful and destructive organizations on earth. Until one man is asked to take charge. Paul Devereaux used to run Special Operations for the CIA before they retired him for being too ruthless. Now he can have anything he requires, do anything he thinks necessary. No boundaries, no rules, no questions asked. The war is on-though who the ultimate winner will be, no one can tell… ” publisher.
Forsyth has also won the 1972 Edgar Allen Poe Award for Best Novel