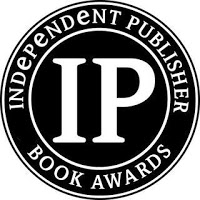 The IPPY Awards “are designed to bring increased recognition to the deserving but often unsung titles published by independent authors and publishers.”
Since the first prizes were awarded in 1996 Independent Publisher has awarded more than 2500 IPPY’s. In addition to the regional categories, the awards are presented to a whopping 72 different categories. From our part of the world, here are a few  independently published books that have been deemed “IPPY” worthy and are currently available in our collection.
Fiction:
That Forgetful Shore (M)
by Trudy J. Morgan-Cole

“Inspired by postcards found in a 150-year-old house in Coley’s Point.
Triffie and Kit are closer than sisters. But for two girls growing up in a tiny Newfoundland outport at the dawn of the twentieth century, having the same dreams and ambitions doesn’t mean life will hand you the same opportunities. A teacher’s certificate offers Kit the chance to explore the wider world, while Triffie is left behind, living the life she never wanted with the man she swore she’d never marry.
The letters she and Kit exchange are her lifeline — until a long-buried secret threatens to destroy their friendship. That Forgetful Shore is a story of friendship, love, faith and betrayal.” -publisher
Double Talk (M)
by Patrick Warner
“A love story in reverse.

double talk tells the story of Violet Budd and Brian (Baby) Power, two characters fleeing from their past. Brian is ambling after an immigrant’s dream, and Violet is desperate to ditch her middle-class origins for something more earthy and bohemian. Their contrary social and geographical flight paths intersect in St. John’s, Newfoundland, in the early 1980s, where, for a time, they find love, sex and a safe haven in each other.
No happy-ever-after story, double talk follows Violet and Brian over a fourteen-year period, as the ordinary pressures of life bring to the surface the many differences that exist between them. double talk is a coming-of-age novel, a love story and an examination of social class and its mysterious codes.” -publisher
Non-fiction:
Secret Selves: how their changes changed me (M)
by Jamie Johnson

“As a mom,there’s no escaping the deep-rooted need to keep your children on the right path. But what if one of your teenage kids thinks the path to happiness is through a sex change? And what if the other, while flailing around, trying to find his way, pops out five alternate personalities? Teenage suicide keeps creeping into your thoughts.Some parents face that risk once… but twice? How do you keep from having a nervous breakdown? How do you help the entire family find peace again?
Secret Selves is the surprising, touching, and sometimes humorous account of a mother trying to ease the panic and accept the unthinkable twists fate has dropped in her lap. Jamie Johnson’s memoir is a deeply personal account of her family’s struggles and triumphs. It is shared with courage and honesty. Johnson explains how even her doubts and mistakes while raising her two very interesting children helped her to see life through different eyes. A heartwarming story about what it means to love. A story about hope.“ –publisher 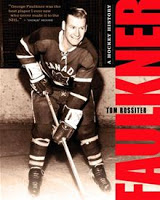 “Despite his potential, extraordinary skating skills, and unmatched dedication and endurance, George Faulkner never made the Montreal Canadiens’ roster. But he was trying to break into a famous hockey dynasty never before seen in professional hockey. His story does not just begin and end with the Canadiens; in fact, George Faulkner had more than one opportunity to play in the NHL.
His career covers four decades. Many believe the most exciting hockey years were in Harbour Grace during the 1960s where he created a dynasty of his own – the Conception Bay Ceebees. The success of the NAHA in those years seemed entirely dependent on Faulkner and his kid brothers.Their on-ice performances were so outstanding, they turned the league into one of the best senior hockey organizations in the nation.
Richard Winston ‘Dickie’ Moore said, “George Faulkner was the best player I ever saw who never made it to the NHL.” – publisher