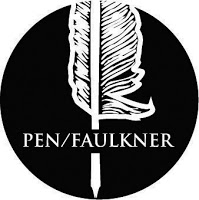 The finalists for the PEN/Faulkner 2012 Award for Fiction have been announced. This prestigious book award “is a national prize that honors outstanding works of fiction by American writers each year.” Last year’s winner was The Collected Stories of Deborah Eisenberg. (M)
Lost Memory of Skin (M)
by Russell Banks

“The perfect convergence of writer and subject, Lost Memory of Skin probes the zeitgeist of a troubled society where zero tolerance has erased any hope of subtlety and compassion. Suspended in a modern-day version of limbo, the young man at the centre of Russell Banks’ uncompromising and morally complex new novel must create a life for himself in the wake of incarceration. Known in his new identity only as the Kid, he is shackled to a GPS monitoring device and forbidden to go near where children might gather. He takes up residence under a south Florida causeway, in a makeshift encampment with other convicted sex offenders. Barely beyond childhood himself, the Kid, despite his crime, is in many ways an innocent. Enter the Professor, a university sociologist of enormous size and intellect who finds in the Kid the perfect subject for his research. But when the Professor’s past resurfaces and threatens to destroy his carefully constructed world, the balance in the two men’s relationship shifts. Banks has long been one of our most acute and insightful novelists. Lost Memory of Skin is a masterful work of fiction that unfolds in language both powerful and beautifully lyrical.” publisher
The Angel Esmeralda: nine stories (M)
by Don Delillo

“Set in Greece, the Caribbean, Manhattan, a white-collar prison and outer space, these nine stories are a mesmerizing introduction to Don DeLillo’s iconic voice, from the rich, startling, jazz-infused rhythms of his early work to the spare, distilled, monastic language of the later stories….Nuns, astronauts, athletes, terrorists and travelers, the characters in The Angel Esmeralda propel themselves into the world and define it. DeLillo’s sentences are instantly recognizable, as original as the splatter of Jackson Pollock or the luminous rectangles of Mark Rothko. These nine stories describe an extraordinary journey of one great writer whose prescience about world events and ear for American language changed the literary landscape.” publisher
The Artist of Disappearance (M)
by Anita Desai

“Award-winning, internationally acclaimed author Anita Desai ruminates on art and memory, illusion and disillusion, and the sharp divide between life’s expectations and its realities in three perfectly etched novellas. Set in India in the not-too-distant past, the stories’ dramas illuminate the ways in which Indian culture can nourish or suffocate. All are served up with Desai’s characteristic perspicuity, subtle humour, and sensitive writing. Overwhelmed by their own lack of purpose, the men and women who populate these tales set out on unexpected journeys that present them with a fresh
sense of hope and opportunity. Like so many flies in a spider’s web, however, they cannot escape their surroundings—as none of us can. An impeccable craftsman, Desai elegantly reveals our human frailties and the power of place.” publisher
We Others: new and selected stories (M)
by Steven Millhauser

“From the Pulitzer Prize–winning author: the essential stories across three decades that showcase his indomitable imagination. Steven Millhauser’s fiction has consistently, and to dazzling effect, dissolved the boundaries between reality and fantasy, waking life and dreams, the past and the future, darkness and light, love and lust. The stories gathered here unfurl in settings as disparate as nineteenth-century Vienna, a contemporary Connecticut town, the corridors of a monstrous museum, and Thomas Edison’s laboratory, and they are inhabited by a wide-ranging cast of characters, including a knife thrower and teenage boys, ghosts and a cartoon cat and mouse. But all of the stories are united in their unfailing power to surprise and enchant. From the earliest to the stunning, previously unpublished novella-length title story—in which a man who is dead, but not quite gone, reaches out to two lonely women—Millhauser in this magnificent collection carves out ever more deeply his wondrous place in the American literary canon.” publisher
The Buddha in the Attic (M)
by Julie Otsuka

“… a tour de force of economy and precision, a novel that tells the story of a group of young women brought over from Japan to San Francisco as ‘picture brides’ nearly a century ago. In eight incantatory sections, The Buddha in the Attic traces their extraordinary lives, from their arduous journey by boat, where they exchange photographs of their husbands, imagining uncertain futures in an unknown land; to their arrival in San Francisco and their tremulous first nights as new wives; to their backbreaking work picking fruit in the fields and scrubbing the floors of white women; to their struggles to master a new language and a new culture; to their experiences in childbirth, and then as mothers, raising children who will ultimately reject their heritage and their history; to the deracinating arrival of war. In language that has the force and the fury of poetry, Julie Otsuka has written a singularly spellbinding novel about the American dream.” publisher
The winner will be announced on March 26th.