Tonight is the night that the 24th annual Will Eisner Comic Industry Awards are announced. There are over 25 categories of awards. I have selected the Best Reality-based Works category to highlight in today’s post. The following five titles are in the running: 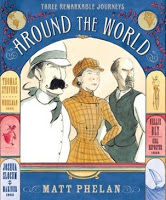 Around the World (M)
by Matt Phelan

“Presents the ultimate insider’s account of America’s most prolific serial killer–the Green River Killer, the man responsible for the murders of dozens of women.” – publisher 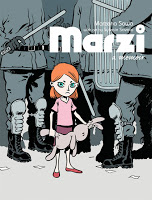 Marzi: a memoir (M)
by Marzena Sowa and Sylvain Savoia

“Marzena Sowa’s memoir of a childhood shaped by politics as told from a young girl’s perspective. Structured as a series of vignettes that build on one another, Marzi is a coming-of-age story that portrays the harsh realities of life behind the Iron Curtain while maintaining the everyday wonders and curiosity of childhood.” – publisher

Onwards Towards Our Noble Deaths  (M)
by Shigeru Mizuki
“A semi-autobiographical account of the desperate final weeks of a Japanese infantry unit at the end of World War Two. The soldiers are instructed that they must go into battle and die for the honor of their country, with certain execution facing them if they return alive” – publisher 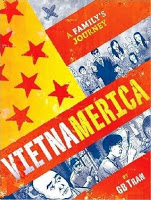 “A memoir about the author’s experiences as the son of Vietnamese immigrants who fled to America during the fall of Saigon. Describes how he learned his tragic ancestral history and the impact of the Vietnam War on his family while visiting their homeland years later.” – publisher