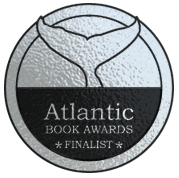 The Atlantic Book Awards announced their 2013 short list in fine style on Wednesday evening.  A entertaining evening with Donna Morrissey and her Fabulous Fellow Writers was capped off with the announcement of this year’s nominees for the Atlantic Book Awards. There are 30 titles vying for the various categories, including the newly created Atlantic Book Award for Scholarly Writing, sponsored by Marquis Imprimeur
Listed below are the shortlists for just two of the categories. Please visit the Atlantic Writing Awards site for the full list.
Margaret and John Savage First Book Award
High-Water Mark (M)
By Nicole Dixon

“High-Water Mark is Bronwen Wallace Award–winner Nicole Dixon’s smart and sexy debut. These ten tightly written stories, touched with humour, focus on characters pursuing romantic and professional desires, and encountering and recovering from betrayal and heartbreak. A young woman and her partner discover that both going back to the land and raising a newborn are more difficult – and fraught with more unexpected dangers – than life in the city. A woman becomes sexually obsessed with a female friend after a six-year relationship ends. The east/west Toronto divide is just one conflict that arises among the three members of an all-female band. As the women in High-Water Mark run away and return, try love and sex, move from city to country, they are always challenged and changed. Dixon’s perceptive, witty, no-nonsense collection authentically captures the voices of women in a way rarely found in mainstream fiction.” – Publisher
Dirty Bird (M)
By Keir Lowther

“CBC Literary Award finalist Keir Lowther makes his debut with a novel that revolves around loved ones dead and alive, family or otherwise that haunts the modern psyche of one young boy, trapped in the grotesque world that surrounds him. Written in a creepy, deadpan, dark spiritual tone that will light a powder keg in the lukewarm waters of Canadian fiction. Dirty Bird is a family dystopia saga of anxiety and misplaced love, carved out in the spirit of spooky tradition of writers such as Tony Burgess, Joey Comeau and Lisa Foad.” – Publisher
Braco (M)
By Lesleyanne Ryan

“Winner of the 2011 Fresh Fish Award for Emerging Writers, Lesleyanne Ryan’s debut novel, Braco, takes place over the five days following the fall of Srebrenica in 1995. The narrative follows the perspectives of Bosnian civilians, UN Peacekeepers, Serbian and Bosnian soldiers, as well as a Canadian photojournalist. A retired veteran and former Bosnian Peacekeeper, Ryan vividly captures the visceral tension and horror of Bosnian refugees fleeing Srebrenica, the ensuing massacre of Bosnian men, and the inability of the Dutch peacekeepers to protect them.” – Publisher
Atlantic Book Award for Scholarly Writing
The Ocean Ranger: remaking the promise of oil (M)
By Susan Dodd
A History of Newfoundland in the North Atlantic to 1818 (M)
By Shannon Ryan
The Language of This Land, Mi’kma’ki (M)
By Trudy Sable and Bernie Francis 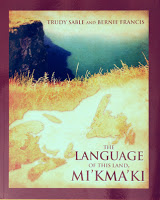