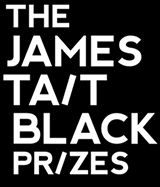 The shortlist for the 2013 James Tait Black literary prizes have been announced. This prestigious and lucrative prize is the oldest in Great Britain and is judged by scholars and students of literature at the University of Edinburgh.

The prize was created 95 years ago in recognition of publisher James Tait Black’s love of literature.

The Panopticon (M)
by Jenni Fagan

“Anais Hendricks, fifteen, is in the back of a police car. She is headed for the Panopticon, a home for chronic young offenders. She can’t remember what’s happened, but across town a policewoman lies in a coma and Anais’s school uniform is covered in blood. Raised in foster care from birth and moved through twenty-three placements before she even turned seven, Anais has been let down by just about every adult she has ever met. Now a counter-culture outlaw, she knows that she can only rely on herself. And yet despite the parade of horrors visited upon her early life, she greets the world with the witty, fierce insight of a survivor.

Anais finds a sense of belonging among the residents of the Panopticon – they form intense bonds, and she soon becomes part of an ad hoc family. Together, they struggle against the adults that keep them confined. When she looks up at the watchtower that looms over the residents though, Anais knows her fate: she is an anonymous part of an experiment, and she always was. Now it seems that the experiment is closing in.” publisher

“The hills only come back the same: I don’t mind …’ begins Kirsty Gunn’s “The Big Music”, a novel that takes us to a new understanding of how fiction can affect us. Presented as a collection of found papers, appendices and notes, “The Big Music” tells the story of John Sutherland of ‘The Grey House’, who is dying and creating in the last days of his life a musical composition that will define it. Yet he has little idea of how his tune will echo or play out into the world – and as the book moves inevitably through its themes of death and birth, change and stasis, the sound of his solitary story comes to merge and connect with those around him.

In this work of fiction, Kirsty Gunn has created something as real as music or as a dream. Not so much a novel as a place the reader comes to inhabit and to know, “The Big Music” is a literary work of undeniable originality and power.” publisher

“Adam Gordon is a brilliant, if highly unreliable, young American poet on a prestigious fellowship in Madrid, struggling to establish his sense of self and his attitude towards art. Fuelled by strong coffee and self-prescribed tranquillizers, Adam’s ‘research’ soon becomes a meditation on the possibility of authenticity, as he finds himself increasingly troubled by the uncrossable distance between himself and the world around him. It’s not just his imperfect grasp of Spanish, but the underlying suspicion that his relationships, his reactions, and his entire personality are just as fraudulent as his poetry.” publisher

“It is the early 1970s in the Highlands of Scotland and for 16-year-old Simon Crimmons there’s really not much to do. He can hang around with his pals or his first-ever girlfriend, Nikki, he can dream about a first motorbike to get him out of the Port and among the hills, but in truth he’s going nowhere. The only local drama and romance is provided by the rural railway, and Simon ends up working on the trains by chance, thrown into a community of jaded older men.

But that summer he is introduced to a world far more glamorous and strange. He meets the louche, bohemian Alex, and his dark, gorgeous sister, Varie: all that remains of ‘the doomed family’ of the great house at Broken Moan, where their father, Andrew Bultitude, is Commander of the Pass. When Simon falls in love with the otherworldly Varie he is suddenly given a freedom and mobility that is both thrilling and vertiginous.” publisher

Portrait of a Novel: Henry James and the making of an American masterpiece (M)
by Michael Gorra

“Henry James (1843-1916) has had many biographers but Michael Gorra has taken an original approach to this great American progenitor of the modern novel, combining elements of biography, criticism and travelogue in re-creating the dramatic backstory of James’s masterpiece, Portrait of a Lady (1881). Gorra shows how this scandalous story came to be written. Travelling to Italy, France and England, he sheds new light on James’s family, the European literary circles of George Eliot, Flaubert and Turgenev in which James made his name, and the psychological forces that enabled him to create the most memorable female protagonist.

A piercing detective story, Portrait of a Novel provides a brilliant account of the greatest American novel of expatriate life ever written.” publisher 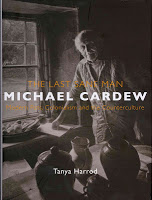 “The British studio potter Michael Cardew (1901-1983) was a man of paradox, a modernist who disliked modernity, a colonial servant who despised Empire, a husband and father who was also homosexual, and an intellectual who worked with his hands. Graduating from Oxford in 1923, training with the legendary Bernard Leach, he went on to lead a life of pastoral poverty in Gloucestershire, making majestic slipware and participating in the polarised design and political debates of the 1930s. A wartime project in Ghana turned him into a fierce critic of British overseas policies; he remained in West Africa intermittently until 1965, founding a local tradition of stoneware inspired by the ambient material culture, independent of European imports, made by Africans for Africans. He ended his days a ceramic magus, his pottery at Wenford Bridge, Cornwall, an outpost of the counterculture and a haven for disaffected youth. In North America, the Antipodes and sub-Saharan Africa he offered the egalitarianism of craft as an antidote to racism and inequality. ” publisher

“How do a writer and his family live with the threat of murder for more than nine years? How does he go on working? How does he fall in and out of love? How does despair shape his thoughts and actions, how and why does he stumble, how does he learn to fight back? In this remarkable memoir Rushdie tells that story for the first time; the story of one of the crucial battles, in our time, for freedom of speech. He talks about the sometimes grim, sometimes comic realities of living with armed policemen, and of the close bonds he formed with his protectors; of his struggle for support and understanding from governments, intelligence chiefs, publishers, journalists, and fellow writers; and of how he regained his freedom.” publisher