A small update and then a year in review

?Halifax Transit is moving the Lost & Found from the Burnside garage to a kiosk in the Bridge Terminal

Aunties’ Dispensary who had started selling marijuana without prescription to anyone was raided on Friday, 4 arrests were made trafficking charges. 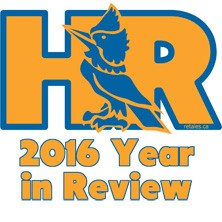 and now a listing of the opens and closes of 2016, I separated them into five zones, 177 opens to 103 closes, there were a few that fell in both open and close.