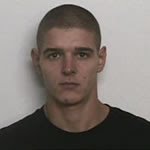 Homicide investigators in the Integrated Criminal Investigation Division have charged a second man with first-degree murder in connection with the 2013 homicide of Matthew Thomas Sudds.

Investigators travelled to British Columbia, and with the assistance of members of the Mission RCMP Detachment, arrested Devlin Tyson Glasgow, 33, of Halifax yesterday at 6:20 p.m. PST in the 8700 block of Stave Lake Street, Mission, British Columbia. Glasgow will be brought back to Nova Scotia today and is expected to appear in Halifax Provincial Court tomorrow to answer to the first-degree murder charge.

At 12:09 p.m. on October 14, 2013, a woman walking along Africville Road noticed a body and contacted police. Patrol officers attended the scene and located the body of a man in the ditch on Africville Road, half way between the church and the container terminal. Later that day, the man was identified as 24-year-old Matthew Thomas Sudds of Halifax and his death was subsequently ruled a homicide.

On March 10, 2017, homicide investigators laid a charge of first-degree murder against Ricardo Jerrel Whynder. On June 22, 2019 Whynder was convicted of second-degree murder.

Investigators believe there are additional people who have information about Matthew’s murder, and hope that this arrest and the passage of time will encourage them to do the right thing and come forward with what they know.

Anyone with information about Matthew’s murder is asked to contact police at 902-490-5016. Anonymous tips can be sent to Crime Stoppers by calling toll-free 1-800-222-TIPS (8477), submitting a secure web tip at www.crimestoppers.ns.ca  or using the P3 Tips App.