Angles of Ascent looks to the immediate past of contemporary African American poetry, including the influence of Modernism in the 1950’s and the Black Arts Movement of the 1960’s, before turning toward the current thriving literary sceneand beyond. General readers and specialists alike will treasure this collection for its diverse readings of humanity by modern and contemporary African American poets as well as its comprehensive introductions and commentary.” – publisher 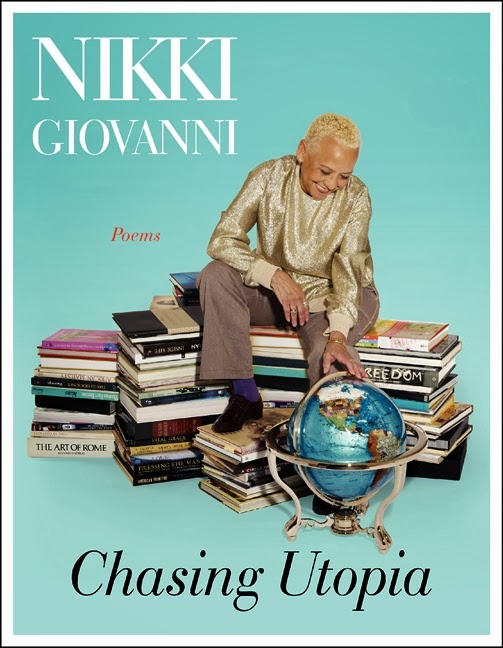 “With Chasing Utopia, Nikki Giovanni, one of America’s most celebrated artists, demands that the prosaic—flowers, birdsong, winter—be seen as poetic.   The poetry of Nikki Giovanni has spurred movements and inspired songs, turned hearts and informed generations. She’s been hailed as a healer and a national treasure. But if her reputation is writ large upon the national stage, her heart resides in the everyday where family and lovers gather, friends commune, and those no longer with us are remembered.” – publisher

The Government of Nature (M)
by Afaa Michael Weaver

” This is the second volume of a trilogy (the first was The Plum Flower Dance) in which Weaver analyzes his life, striving to become the ideal poet. In The Government of Nature, Afaa Michael Weaver explores the trauma of his childhood–including sexual abuse–using a “cartography and thematic structure drawn from Chinese spiritualism.” Weaver is a practitioner of Daoism, and this collection deals directly with the abuse in the context of Daoist renderings of nature as metaphor for the human body. Afaa Michael Weaver is the author of eleven previous poetry collections, including Timber and Prayer: The Indian Pond Poems, My Father’s Geography, and The Plum Flower Dance: Poems 1985 to 2005. He is Alumnae Professor of English at Simmons College in Boston.” – publisher