A Great Game: the forgotten Leafs and the rise of professional hockey (M) by Stephen J. Harper

A book long in the making. Author Harper began writing the book in 2004. I suspect he was kind of busy with his day job.

“A Great Game: the forgotten leafs & the rise of professional hockey is a fascinating look at the hockey heroes and hard-boiled businessmen who built the game, and the rise and fall of legendary teams pursuing the Stanley Cup at the turn of the twentieth century. Stephen Harper brings alive the history of hockey’s first decades and pays passionate tribute to the earliest star players of the game.”- publisher

Of note is that the author royalties from this book are donated to the Military Families Fund.

We’ve got to know the inside stories of Facebook, Google and Apple. Now we get to learn about the fascinating and dramatic happenings behind the scenes of Twitter.

“In 2005, Odeo was a struggling podcasting start-up founded by free-range hacker Noah Glass and staffed by a motley crew of anarchists. Less than two years later, its days were numbered and half the staff had been let go. But out of Odeo’s ashes, the remaining employees worked on a little side venture . . . that by 2013 had become an $11.5 billion business. That much is widely known. But the full story of Twitter’s hatching has never been told before. It’s a drama of betrayed friendships and high-stakes power struggles, as the founders went from everyday engineers to wealthy celebrities featured on magazine covers, The Oprah Winfrey Show, The Daily Show, and Time’s list of the world’s most influential people. New York Times columnist and reporter Nick Bilton takes readers behind the scenes as Twitter grew at exponential speeds. He gets inside the heads of the four hackers out of whom the company tumbled…” – publisher 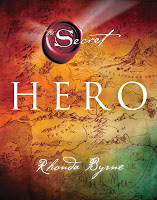 Speaking of successful entrepreneurs, Rhonda Byrne of The Secret fame is back revealing the secrets of 12 of the world’s most successful people.

“HERO brings together the wisdom and insight of twelve of the most successful people living in the world today. By following their seemingly impossible journeys to success, HERO reveals that each of us was born with everything we need to live our greatest dream – and that by doing so we will fulfill our mission and literally change the world” – publisher

And more about secrets – secrets to healthy eating and living. 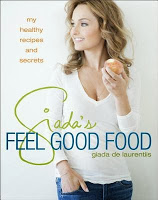 “Food Network’s most beautiful star reveals her secrets for staying fit and feeling great in this gorgeous, practical book with healthy recipes including nutritional information, and personal lifestyle and beauty tips.

Finally answering the question her fans ask most often, “How do you stay so trim?,” Giada De Laurentiis shares the delicious easy recipes and tips she uses to maximize energy and remain fit. Here are 120 recipes for breakfasts, juices, lunches, snacks, dinners, and desserts that can be combined into a month of delicious feel-good meals. So that everyone can enjoy these dishes, many are gluten-free, dairy-free, vegetarian, and/or vegan, with helpful icons to call them out—and, for the very first time, each recipe includes a calorie count and nutritional analysis. Special sections delve into Giada’s everyday life, including her beauty and exercise routines, how she satisfies sugar fixes, what’s always in her bag, and her ordering tips for eating in restaurants. With 100 color photographs, Giada’s Feel Good Food is a beautiful guide to staying on track while still eating everything and enjoying life to its fullest.” – publisher

4 Nonfiction Titles to look for in November
https://haligonia.ca/4-nonfiction-titles-to-look-for-in-november-84464/