I’m really bad at reading challenges. I’m really bad at creating a reading plan and sticking to it. I’m far too distracted by bright and shiny objects. Looking at last year’s so-called Books I Want to Read This Summer (and I began with the same grumble last year) I see that I failed 100%. 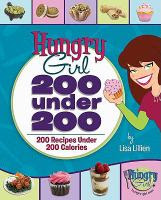 I do still have Furious Love on hold, so it is likely I might still get to that one. I completely abandoned my cookbook choice and selected instead Hungry Girl: 200 under 200: 200 recipes under 200 calories by Lisa Lillien which I found to be charming and amusing. It didn’t please the rest of my household, but I found some recipes I liked and have eaten since. Many of the recipes called for brand-specific products which were just not available at my Superstore. This year I won’t include a cookbook, as now I am into Allrecipes.com.

So this post will include books that I currently have on hold. Chances are slim I will get to them this summer, but I may get to them before next summer. 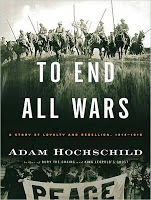 To begin with I chose To End All Wars: a story of loyalty and rebellion by Adam Hochschild because my dad recommended it. I introduced him to Juliet Nicolson’s social histories and he really enjoyed them and thought that this would be a similar read. Here World War I is examined from the British perspective through the eyes and actions of the war’s supporters and conscientious objectors. He writes with the attitude that the war was an event that should have been avoided and with sympathy for the pacifists. The Guardian describes his purpose as “to remind ourselves afresh, several times every new generation, of the generation that was lost.”

Next on my list is Art and Madness: a memoir of lust without reason by Anne Roiphe. I have not yet read any of her books, but I was drawn to this title by a book review. This is a memoir of Roiphe’s youth in the 1950’s and 1960’s in New York when she was muse to unstable and self-destructive artists. I so enjoyed Just Kids by Patti Smith (which I wrote about here)and I wonder if this might have the same feel.

Earlier this year I read a biography of Jean Rhys called The Blue Hour: a life of Jean Rhys by Lilian Pizzichini (written about here). I read her most famous novel Wide Sargasso Sea a long long time ago. I’d like to try another, so I’m considering After Leaving Mr. MacKenzie. The publisher describes the book as “After Leaving Mr Mackenzie” is a brilliant, yet brutal, portrait of a woman struggling to retrieve both life and love. For six months, Julia has lived alone in a drab Parisian hotel on an allowance from her ex-lover, Mr. Mackenzie. When his cheques stop, Julia decides to leave France and return to London. The tale of her ten day visit contains some of Jean Rhys’ most sensitive, poignant writing. Past her prime, exhausted by broken love affairs and addled by drink, Julia is tragically unable to find what she really wants – love.”

I’ve long been a fan of Larry McMurtry. His second memoir Literary Life was published in 2009 and I haven’t gotten around to it yet. His first memoir Books deals with his life as a reader and a bookseller while Literary Life focuses more on his life as a writer. If I ever initiate and complete a reading challenge, it will be to hole up somewhere and re-read all of Larry McMurtry’s novels.

And finally, to round out with a little fiction there is Ape House by Sara Gruen for the simple reason that I really enjoyed Water for Elephants (again written about here) and, as a child, read countless books (or the same book countless times) about Koko. “Sam, Bonzi, Lola, Mbongo, Jelani, and Makena are no ordinary apes. These bonobos, like others of their species, are capable of reason and carrying on deep relationships – but unlike most bonobos, they also know American Sign Language. Isabel Duncan, a scientist at the Great Ape Language Lab, doesn’t understand people, but animals she gets – especially the bonobos. Isabel feels more comfortable in their world than she’s ever felt among humans… until she meets John Thigpen, a very married reporter who braves the ever-present animal rights protesters outside the lab to see what’s really going on inside.” – publisher

5 Books I Want to Read this Summer - Maureen's Picks
https://haligonia.ca/5-books-i-want-to-read-this-summer-maureens-picks-40005/