Not only is it a new year, but it’s also a new month of course, and so time for the latest peek at some fiction titles to watch for. Here are five that you’ll be hearing about in January.
Running the Rift (M)
by Naomi Benaron (January 3). 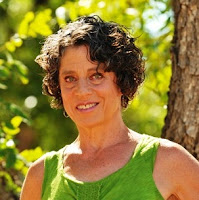 The buzz around this first novel comes in part from its win of the Bellwether Prize in 2010. The prize is awarded to a previously unpublished work of fiction that “that addresses issues of social justice”. The story of Jean Patrick Nkuba, who dreams of becoming an Olympic champion runner, the novel follows the Rwandan boy “from the day he knows that running will be his life to the moment he must run to save his life, a ten-year span in which his country is undone by the Hutu-Tutsi tensions.” Library Journal has already given it a starred review, praising the book’s “unflinching and beautifully crafted account of a people and their survival.”
The World We Found (M)
by Thrity Umrigar (January 3). 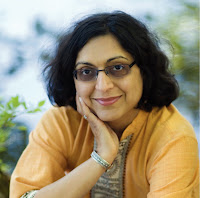 mrigar is an Indian-American novelist and journalist with several books to her name. Her novels frequently use Bombay (now Mumbai, but the author herself chooses to use the former name) as a setting, and generally follow women facing turmoil or change. The World We Found is no exception, beginning in 1970s Bombay, it follows 4 friends as they grow and change, drifting apart before they ultimately come together again as one of them is dying. Booklist says “Like [Umrigar’s] previous works, The World We Found is eloquent and evocative, bitter and sweet.” 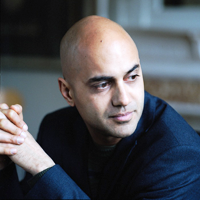 ove, religion and all their complications through the eyes of a young boy in this first novel from a author who has previously worked as a screenwriter. “Hayat Shah was captivated by Mina long before he met her: his mother’s beautiful, brilliant, and soulfully devout friend is a family legend. When he learns that Mina is leaving Pakistan to live with the Shahs in America, Hayat is thrilled. Hayat’s father is less enthusiastic. He left the fundamentalist world behind with reason. What no one expects is that when Mina shows Hayat the beauty and power of the Quran, it will utterly transform the boy.”(publisher)
The Rook (M)
by Daniel O’Malley (January 11). 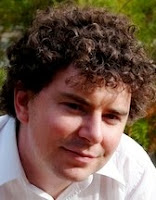 In the library we talk a lot these days about cross-genre books: ones that don’t fit easily into a single genre category. The Rook could be the poster child for this phenomenon: part thriller, part fantasy novel but with a twist of satire that doesn’t necessarily get equated with either genre. The story opens with a woman waking up in a park, surrounded by the bodies of dead men. She knows neither who she is nor what is up with all the bodies (let alone why they all have on latex gloves). The reviews are glowing, with lots of hunches about sequels: and don’t forget about the humour. I like this summation from Kirkus Reviews: “O’Malley’s narrative is peppered with sly humor, referential social commentary and the ironic, double-layered self-awareness that will have genre fans believing Buffy the Vampire Slayer has joined Ghostbusters.”
Hope: a tragedy (M)
by Shalom Auslander (January 17). 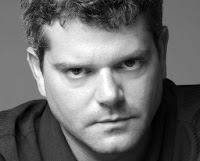 If the dark days of winter leave you looking for a good laugh, you may need to look no further. Auslander’s 2007 memoir The Foreskin’s Lament told with biting humour the story of his Orthodox Jewish upbringing, and now he turns that same sharp wit to fiction. From Novelist: “Deliberately relocating his family to an unremarkable rural town in New York in the hopes of starting over, Solomon Kugel finds his efforts challenged by his depressive mother, a local arsonist and the discovery of a believed-dead historical specimen hiding his attic.”

5 Fiction Releases to Watch for in January
https://haligonia.ca/5-fiction-releases-to-watch-for-in-january-51856/