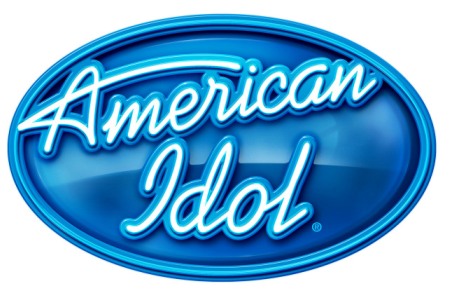 This week on American Idol, the final five sang two songs – one from the 60s and one British pop song. I have to say, I’m impressed with this final five. They’re all good and they all deserve to be there. This was a strong season for Idol.

I’m impressed with how much Hollie has improved during this competition, and she can definitely sing. But unfortunately, this wasn’t my favorite performance from her. That song requires attitude, and she didn’t have what Tina Turner had. She doesn’t even have what Naya Rivera and Amber Riley on Glee have. I just didn’t find it energetic enough.

I love this song, and I’ve seen it performed well on Idol before. And sadly, Phillip’s version just didn’t do it for me. I like Phillip even though he pretty much always sounds the same, but this time it really was boring.

This is a genius song choice for Skylar. (Though I think she also would have been good on “Knock On Wood”.) I LOVE this girl’s attitude, and she oozed charisma during this performance. Not only was it fun and a song that someone like me (a fringe country fan) could enjoy, but it was country enough to keep her country fans voting. I think she’ll be safe this week.

This was kind of cheesy, wasn’t it? Now that Elise is out, Phillip doesn’t have anyone to sing with. I think he and Skylar would have made a better pairing, and not on this song. Lame.

Um, have the stylists forgotten that Jessica is a minor? Damn. She looked smokin’ last night. Oh well – I guess that’s pop music. Jessica was told to try and channel Tina Turner, so that’s what she attempted tonight. (Yes, I know the song is originally CCR.) Personally, I thought she pulled it off – especially compared to Hollie. Yes, Jessica could still stand to loosen up a little on stage. But I thought she looked like she was having fun, and she sang great.

Is it just me, or has Joshua really come into his own over the past few weeks? I don’t remember him having so much sass in the early weeks of the competition. That outfit (I love daffodils!) was fierce. I loved this performance – the vocals and the dancing were spot on.

This is a good song choice for Hollie. I think she’s much stronger on ballads, and she has pipes to match Leona’s. She can’t sing as high as Leona Lewis, but she can belt it out and she was on pitch the whole time.

Phillip Phillips – “Time of the Season”

I’d never heard of The Zombies, but when I heard this song I recognized it. And the original is much better. Ugh, guys, bad news. Phillip has the tiniest vocal range ever. This performance really highlighted his limitations and weaknesses. Sorry buddy, I think your time is up. (Although as he’s the only cute, unassuming white boy left in the competition, who knows how long the tweens will keep him around?)

Jessica, Hollie and Skylar – “(Your Love Keeps Lifting Me) Higher and Higher”

This was kind of a dull song choice, but the performance was saved by the fact that all three of these ladies can sing. Ryan said if one of them wins it’ll be the first femaleIdol winner in five seasons, and I hope that happens.

Skylar Laine – “You Don’t Have To Say You Love Me”

I love this song. Remember when it closed out the first episode of this current season of Mad Men? I listened to it on repeat for a week after that. Skylar freakin’ killed it. I think this was my favorite performance of the night, because I love the song so much and she did such a beautiful job. This girl absolutely should have a career in country music, whether she goes home on Thursday night or wins the whole thing.

Jessica Sanchez – “You Are So Beautiful”

How did I get to age 26 without knowing Joe Cocker was British? I had no idea how this song was qualifying for the British theme. How embarrassing. Anyway, I was glad Jessica was doing a ballad since that’s where she really shines and the judges hadn’t loved her first performance. This girl is a killer soprano, and the song was beautiful. (So beautiful! To me!) There was something about her voice on this song that reminded me of Beyonce. I thought it was an absolutely flawless performance.

By the way, it was weird when Ryan put Jessica’s shoes on her feet.

Joshua Ledet – “To Love Somebody”

This is a beautiful song. Man. Joshua sings so good it hurts, you know? I just want to have him sing to me during every dramatic moment in my life. (So…always.) Gah! I have no words. Amazing.

OK, so here are my rankings for both performances combined. Check ‘em out and share yours in the comments.

My top three is easily Joshua, Jessica and Skylar. I think they’re great. However, I don’t think that will be the top three. I think Phillip will squeak in there, for reasons I mention basically every week. My prediction for who goes home tonight? Hollie. And frankly, I wouldn’t be surprised to see the three girls in the bottom three.