Back in late summer, you may recall popular American authors Jodi Picoult and Jennifer Weiner raising a few eyebrows by questioning the amount of press coverage (or lack thereof) that female fiction authors get from the American media—in particular in the New York Times. A recap in case you missed it: when the NY Times published a glowing review of the then forthcoming new novel Freedom by Jonathan Franzen, the two used Twitter to make some statements.

Picoult (@jodipicoult) tweeted: NYT raved about Franzen’s new book. Is anyone shocked? Would love to see the NYT rave about authors who aren’t white male literary darlings, and Weiner (@jenniferweiner) made several posts about the media excitement about Franzen’s book, but also openly discussing perceived gender imbalance in reviews of literature.

There are all sorts of debates and counter debates that can be found online about whether Picoult and Weiner make a good point, or if their comments are just sour grapes about their own lack of NYTimes attention (or negative attention in Picoult’s case). My point with this post isn’t to reopen that debate. What I found interesting after considering the issue is the lack of contemporary literary fiction books by American women that I found on my bookshelves or in my past reading. Other than a few of the very big names—like Toni Morrison or Amy Tan—or an occasional obsession—like Special Topics in Calamity Physics by Marisha Pessl—my reading experiences feature a lot of Canadian and British female authors, female authors writing in English or in translation from various corners of the world, and a lot of contemporary American fiction by men, but almost no American women. So, I did some reading and some research, and here are 7 I plan to check out … and maybe you will too.

Nicole Krauss: New York based author Krauss has been in the press lately (including the NY Times) with reviews of her recently released third novel Great House. In reviewing the book, Publisher’s Weekly spoke of Krauss’ “consistent talent” and the book has already been shortlisted for the National Book Award. Positive reviews frequently note Krauss’ complex yet rewarding writing style: in both her most recent novel and her previous one The History of Love, the story is developed through the tales of individuals, with the overall meaning only becoming clear by connecting the pieces. The characters are richly developed and the stories told “with meditative, insightful prose that makes for an intense and memorable reading experience.”

ZZ Packer: although at this point ZZ Packer has only one published book—2003’s Drinking Coffee Elsewhere—she is consistently noted as a writer to watch. Drinking Coffee Elsewhere is a collection of short stories that focus primarily on the lives of young, urban dwelling African American women. Consistently praised for her strongly developed and depicted characters, and her insightful look at modern life, the book received standout reviews in many major publications. The author was included in this year’s New Yorker 40 under 40 feature on up-and-coming writers. In her interview for the magazine feature the author mentions she is at work on “a novel set during Reconstruction, one of the most violent eras of American history.”

Lorrie Moore: although she has been writing and publishing and winning awards for her writing since the mid-1980s, there’s a real possibility you’ve never heard of Lorrie Moore, and I’d say it’s in part because she is known more as a writer of short stories than of novels. Novels tend to be the big sellers and attention getters, but a truly great short story writer is something to take note of. Wikipedia notes that “Moore writes frequently about failing relationships and terminal illness and is known for her mordant wit and pithy one-liners.” For a taste of her short fiction try Birds of America, if you’re more of a novel fan, try her recent book The Gate at the Stairs. 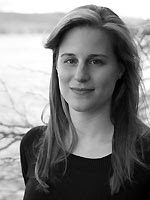 Lauren Groff: another young writer, born in 1978, Groff has published one novel and one collection of short stories. Of the short story collection Delicate Edible Birds, Library Journal said “Nine wildly unique, exquisitely symphonic tales, full of beauty, tragedy, and the sudden horror of shocking images.” Her novel The Monsters of Templeton follows the 200 year history of a family in Templeton, NY. Involving sea monsters and family secrets, it was heralded as unique debut. The web review site Bookpage.com said it was an “exuberant debut [that] follows in the footsteps of notable first novels like Marisha Pessl’s Special Topics in Calamity Physics and Jonathan Safran Foer’s Everything Is Illuminated“, with those kinds of comparisons I’m not sure how I missed it.

Sigrid Nunez: I recall reading reviews of Nunez’s The Last of Her Kind when it was released a few years ago. The story of two women who meet as college roommates: one rich but scornful of the privilege she grew up in, the other from the modest means that the first romanticizes. Following their friendship, and its breakdown and taking up more than a decade later when one of the two is charged with murder. This book wasn’t without media attention: several sources named it to their best-of lists for 2006, but for me it never made it off of my “to-read” list. Nunez is the author of five other novels and a memoir. Her most recent book is Salvation City. 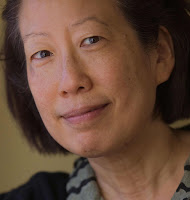 Gish Jen: another author who certainly isn’t a secret, but who I don’t think is a household name either. A second generation Chinese American, Jen’s books (four novels and a short story collection) frequently involve the experiences of Chinese Americans or immigrants in general. Her first novel, 1991’s Typical American, was described by Publisher’s Weekly Magazine as an “accomplished first novel, a darkly humorous account of Chinese immigrants encountering America” and was a National Book Critics’ Circle Award Finalist. Her latest book is World and Town.

Karen Russell: another young author (born in 1981), and another author who has thus far been associated with the short story format. Her stories have appeared in The New Yorker and Granta, and in 2006 she released a ten story collection called St. Lucy’s Home for Girls Raised by Wolves. Publisher’s Weekly described the book as “A series of upbeat, sentimental fables… set in an enchanted version of North America and narrated by articulate, emotionally precocious children from dysfunctional households. Each merges the satirical spirit of George Saunders with the sophisticated whimsy of recent animated Hollywood film,” and in its starred review Booklist said “Original and astonishing, joyful and unsettling, these are stories that will stay with readers.” Russell’s first novel Swamplandia!(yes, with an exclamation point!), set in the Florida everglades, mixing fantasy and reality and with a twelve year old girl as its main protagonist, is set for release in early 2011 and seems poised to follow in the praise that her short fiction has already garnered.