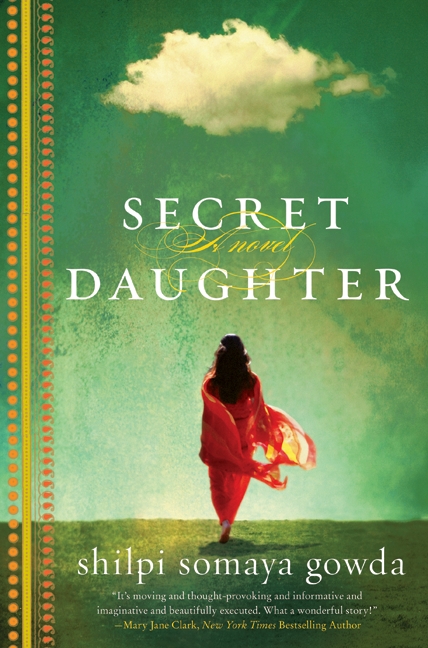 8 First Novels to Watch for this Fall

A recent article in Library Journal entitled Fall Firsts highlighted a whopping 163 novels by new authors to keep an eye out for this fall and winter. It’s hard to know where to start when presented with that many potentially great new books.

I get excited about first novels. I love discovering an author through their first book, and then following their career. Some authors burst onto the scene with their first novels: Zadie Smith in 2001 with White Teeth was an author like this. This year it seems to be Shilpi Somaya Gowda with her hit Secret Daughter. But for most first novelists, it’s hard to imagine how they can be found amidst the myriad books that are published each year. With that in mind, here’s a few from this falls 163 that caught my eye: some of them have already been released, others will be available soon.

Lipstick in Afghanistan by Roberta Gately. A moving story of life in a war-torn nation follows a nurse from Boston to a remote Afghan village where she works under tough conditions but finds strength in a friendship with a local widow, and romance with an American soldier. A book club guide is included and this book is sure to find followers who find interest in books that highlight the human experience of the political situations that form our headlines.

The Sherlockian by Graham Moore. Sherlock Holmes fans will want to take note of this new mystery: a mix of historical and contemporary settings. In contemporary times, a young man investigates the murder of a Arthur Conan Doyle expert, an expert who had claimed to have recently uncovered a lost Conan Doyle diary, while in the historical sections, Conan Doyle himself and friend Bram Stoker are the investigators, hunting a London serial killer.

The Four Stages of Cruelty: A Novel by Keith Hollihan. From the publisher “A female corrections officer works with a young male inmate to uncover a criminal organization that has taken control of a maximum security prison. Ditmarsh Penitentiary holds many secrets within its walls, and the inmates aren’t the only ones who keep them. Given absolute authority, the guards often slip across the divide from law enforcement to criminality. Officer Kali Williams tries her best to stay on the right side of the law. Then she meets an inmate named Joshua who claims that another prisoner has drawn an elaborate comic book that holds a guide to Ditmarsh’s criminal underworld. At first Kali can’t take it seriously. But soon after, the artist inmate disappears completely. “

How to Live Safely in a Science Fictional Universe by Charles Yu. Already gaining some buzz, recently named to amazon.com top 100 books of the year, this is “a razor-sharp, ridiculously funny, and utterly touching story of a son searching for his father . . . through quantum space–time.” (from the publisher) Reviews have made comparisons to everyone from Kurt Vonnegut Jr., Jonathan Lethem, Richard Powers, and Douglas Adams. Our blogger Eric already mentioned this title in a previous Reader post.

The Network by Jason Elliot. A spy novel set in pre-9/11 Afghanistan in which an explosives expert is tasked with finding missiles before they fall into the hands of terrorists. The author has previously written a travel memoir called An Unexpected Light of his own time in Afghanistan. This isn’t so much a thriller as a good suspense story: lots of intrigue, but not the breakneck pace of many novels with this type of story. Library Journal said: “The complex plot with a world-saving objective, complete with a side-trip romance and lots of derring-do, will appeal to fans of literate spy fiction.”

Passion Play by Beth Bernobich. Billed as a romantic fantasy and the first of a trilogy. The daughter of a prominent merchant runs away to escape an arranged marriage she does not want and becomes involved in a world of political plotting. Library Journal says “Bernobich’s first novel brings to life a Renaissance-era world of arcane politics and romantic intrigue with a heroine whose determination underlies her complex character.” Comparisons have been made to Jacqueline Carey’s Kushiel series and to series by Maria V. Synder.

Short by Cortright McMeel. “A voyeuristic tour through the fascinating subculture of high-powered energy traders, Short introduces us to the larger-than-life men and women who run our markets— people who inhabit a world of intense stress, unbelievable gluttony, and the consequences of making and losing tens of millions of dollars in a single day.” (publisher’s description). With energy trading more and more in the news, the time seems ripe for this story, and from the descriptions of this (still forthcoming) title what is interesting is that the trading world isn’t the background for a story of another kind (say a murder mystery or crime story) but the main focus of the intrigue itself.