After a very long work week, my housemate and I headed over to Sydney’s swanky bar Establishment for some post-work drinks.  This is a beautiful space,  decked out with a creamy marble bar and matching colonial-type columns.   The drink menu is surprisingly affordable – I would even venture to say that I was disappointed by the quality of their wine list.  That being said, I was happy to indulge in a couple glasses of $8 Merivale-branded house bubbly, while my pal had (our) usual; a gin & tonic.  Merivale is the parent company of a slew of bars/restos in Sydney, including Establishment’s adjacent fine dining resto; Est.

After a few glasses, my housemate and I headed over to The Lane in the CBD for a quick snack before heading out for…some more drinks.  Since we were both pretty new to the city’s dining scene – and ravenous at this point – we ended up just walking around the corner and took a seat at the first spot whose menu was appetizing and still had a bit of life to it. Some spots in the CBD empty out at 7-8ish… 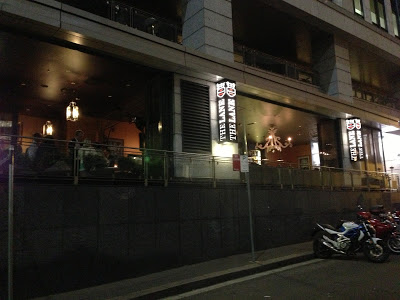 Once seated at The Lane, we got a couple glasses of vino and put in an order for some snacks.  I’m not a huge meat eater anymore, tending to usually go for seafood option, but K and I compromised and ordered the Meat Plate – a selection of four cured meats, and the QLD King Prawns. 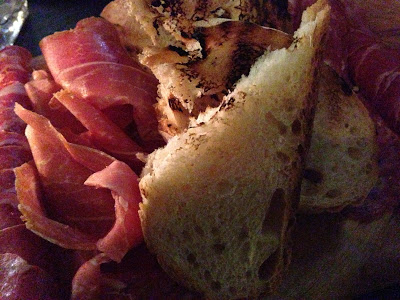 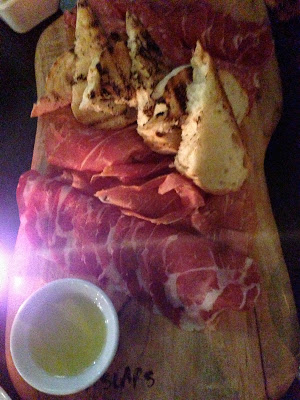 The meat plate was pretty self explanatory; a plate of meat.  The selections were tasty though; San Daniele Prosciutto, Sopressata, Capacolla and Genoa Salami.  Don’t get me wrong, I love a nice slice of salty, spicy Sopressata, but it was an enormous amount of salt, and I was guzzleling water for days afterward.  Well, to be honest, I guzzled a couple beers immediately afterward to quench my thirst.  The bread was super-nice though; uber soft, with a slight char on the outside. 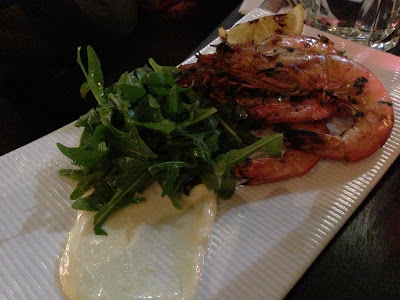 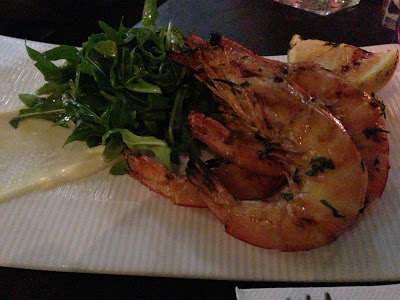 The King Prawns (I’ve been criticized by Aussies for calling them shrimp) were fantastic; a little messy, but well worth it.  The tender meat paired nicely with the garlicky aioli, and was further enhanced by the spicy dressed rocket garnish.  Also, they grilled their lemon wedge –  I love that.  Brooklyn Warehouse in Halifax does that.

Anywho, filled to the brim, my protein cup overflowed as we left The Lane and headed back down into the CBD towards our hood.  I’m happy that I spied this place, it’s a nice spot to go for a pre-drink snack, and was still pretty hoppin’ when we left at 10 pm.

A carnivore's dream at The Lane
https://haligonia.ca/a-carnivore-s-dream-at-the-lane-72255/