Last year I was so excited for Christmas. Our kids were almost 4 and almost 2 at that time. I was ready for a super fun Christmas morning. It would be all smiles, giggles, gasps of amazement and ‘thank-you’s’ as they opened their gifts.
I don’t want to toot my own horn here, but last year we made sure we tracked down some pretty awesome gifts.
For our son that meant Octonauts. In particular we ordered online a Captain Barnacle, a Kwazii and a Gup. I didn’t expect to win father-of-the-year on these gifts mind you, but I knew he was going to love them. And if I were I to be totally honest, I liked knowing that none of his other friends would have them either.
Plans started to come together really well. We had a fun Advent with calendars and our Elf. We tracked down presents everyone would like, while staying on budget. We took in a lovely Christmas Eve Church service. We had a nice night with family at our Christmas Eve party. We had a blast opening our new Christmas PJ’s. And the kids even went to bed quickly that night. All and all 2012 was shaping up to be a perfect Christmas.
Then 5:45am rolled around. Our son, the person I was most sure would be a bundle of uncontrollable zest and energy, walked into our room because he wasn’t feeling very good. And he wasn’t kidding. A simple touch to his forehead told a story. He was burning up. He snuggled into bed with us for a little while before everyone else started to wake up. 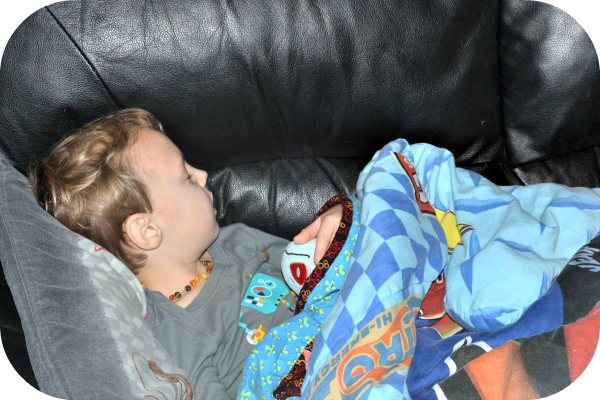 We dragged him out of bed to the living room to open his gifts. While I started passing things out from under the tree my wife gave him something to eat and drink hoping that would perk him up a little. It did not, within seconds out came the food and drink all over his Christmas PJ’s. The rest of the day progressed more or less the same. We semi forced him to open his gifts, which he didn’t care for. We tried to play a little which he wasn’t interested in. We offered him Christmas dinner which he turned down. From the time he woke up to the time he went to bed, Simeon laid on the couch feeling miserable; while I jumped back and forth between him, cooking dinner, and feeling disappointed.
Tonight as I write this (December 22nd) that same boy is asleep on the couch feeling miserable. Earlier tonight I sat down with my now almost 5 year old and my almost 3 year old on the couch while my almost 1 year old feel asleep in his crib. We were going to watch a favorite Christmas movie of mine, The Muppets Family Christmas. Suddenly those faithful words sprang out of my son’s mouth, ‘my belly hurts’. Then something else sprang out of his mouth, supper, lunch, and what looked like some of his breakfast. 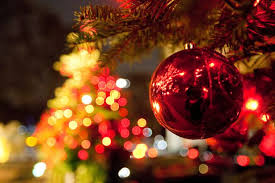 It can be easy to get caught up hoping to have a perfect Christmas. The kind of Christmas where nothing goes wrong and everything happens according to plan. I have never had one of those Christmas’.  I have decided that I am not aiming at perfect this year. I am aiming at good. Because I can have a good Christmas, even if the flu bug has decided to invite itself for another year.
I hope you have a good Christmas too.
Christopher Drew is the pastor at Sackville Baptist Church. He is the father for three and the husband of one. He is a self professed geek and gamer. Read more about family, faith, and geekery at http://ModernManOfTheCloth.com