Who would have thought the history of a sand dune would be so interesting!

A Dune Adrift: The Strange Origins and Curious History of Sable Island by Marq de Villiers and Sheila Hirtle allows us to read about a place few of us would be lucky to visit. It is a fascinating blend of natural history and human history sprinkled with scientific data.

Sable Island is a crescent shaped sandbar adrift in the Atlantic with a long history of shipwrecks (the most recent in 1999). One of the Graveyards of the Atlantic, somewhere near 350 ships have been lost, many with no survivors. Sable Island refuses to stay put, often not seen by sailors until they happened upon it. The island’s population, today only a handful, has consisted of “sequestered lunatics”, convicts, scavengers and  benevolent rescuers. Dry Sable was also an early rehab option for alcoholics, whose temperance was sometimes tested by the stray cask of rum that was washed ashore from a wreck. Today’s residents are (presumably) less colourful as the island is a protected wildlife sanctuary home only to researchers. 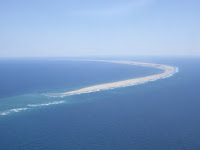 Sable Island has had some interested inhabitants (both human and animal) over time. The original animal population consisted of seals, seabirds and the occasional surprised bird blown off course in a gale. The Basque, planning to use the island as a supply station, dropped cattle there with the hope that they would thrive and reproduce. When the cattle were discovered some time later, they were slaughtered for their hides. Most famous, of course, is the Sable Island horse, descended from confiscated Acadian horses. The herds continue today protected, as is the island itself, from human interference.

Sable’s vegetation is, by necessity, hardy and grows close to the ground. Strong winds keep the plant life at about shrub height. Efforts to plant trees on Sable have failed, save for one lone evergreen that stands a mere three feet tall. Fresh water is available on this salty island, but the supply is like the island itself, neither stable nor predictable.

A Dune Adrift is a great choice for many types of readers. Those with interests in science, natural history, oceanography, seafaring, shipwrecks, history or human nature will find much to enjoy.  A Dune Adrift won the Evelyn Richardson Prize for Nonfiction honouring works by Nova Scotia writers.  Richardson herself wrote We Keep a Light about the years she and her husband spent keeping a lighthouse on Bon Portage Island.

There are two other Evelyn Richardson Prize winners which have a focus on natural history. 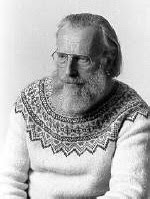 Dancing on the Shore: A Celebration of Life at Annapolis Basin by Harold Horwood – ” Dancing on the Shore is a detailed look at nature in Nova Scotia but also a story of one man’s intimate relationship to that world. It is deep and broad, weaving science and philosophy with a passionate yearning to preserve life on this planet. Considered by many to be his greatest work, this new edition of the classic book will keep alive Harold’s ideas and his spirit and inspire new generations of readers. Harold writes, “Here, in mid-July, when the air is scented with wild roses, and meadowsweet blooms in the ditches, when the light falls dim and cool through two months’ growth of young vines, you could well believe that man and world grew up together, perfectly suited and matched.” With a voice of poetic power and intellectual insight, the author takes the reader on a meditative yet mentally stimulating journey that can change the way you look at yourself and the world.” – publisher 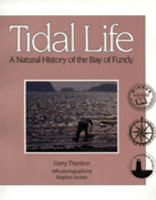 Tidal Life: A Natural History of the Bay of Fundy by Harry Thurston – “This is the award-winning book reprinted by popular demand. Included here is the story of the Bay of Fundy and its natural and human history. The photographs and text capture the huge and unique eco-system that feeds the Atlantic’s whales and other marine mammals. Also emphasized are the implications of environmental damage on the bay and the animals and people who depend on it.” – library catalogue