Yesterday, I went to the Chickenburger in Bedford for the very first time. I know, I know- I’ve gotten a lot of flack for having lived in Hali four years and not yet trying this intuition’s food, but there’s a lot of eating to do around here! The Chickenburger opened in 1940, and quickly became a favorite to both Bedford residents and the rest of HRM. My friend even told me that his parents used to go on dates here! 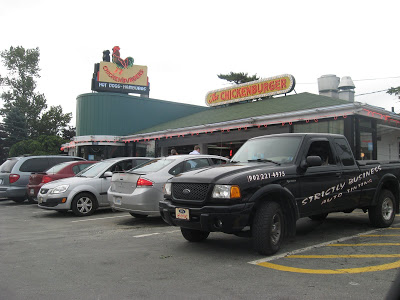 I was filled with anticipation as I saw the line of traffic and throng of people both eating and patiently awaiting their orders. As was nice and sunny, we decided to sit outside on the picnic tables. Having never been inside, I still had to take a peek. I instantly found myself transported back to the 1950’s, feeling like a character in an Archie comic! The setting too, was reminiscent of something one would see featured on Guy Fieri’s Diners, Drive-Ins & Dives on the Food Network.
As I stood in line, I could smell the fries, and see the beef burgers being grilled on the flattop. I was tempted to stray, as I love me a good cheeseburger, but no- I had come here for THE famous chicken burger, and I would not be deterred!
I decided on a regular chicken burger with a small vanilla milkshake. Though I’ve never really understood the appeal of pairing a milkshake with fast food, I thought this would be a fairly traditional order. Since the thought of this flavor combo always took me back to grade school when they used to give you milk with your pizza, I’ve always been a ‘soda-with-my-fast-food’ kind of girl. This combo though, was delicious. Something about the thick and foamy shake paired with the soft bun and tender chicken had me converted! 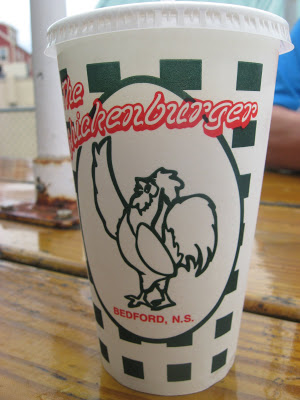 I have to say, this may draw a cry of horror fro some readers, but the burger itself was nothing to write home about. Yes, it was yummy, but essentially- it’s just chunks of chicken on a bun. It was interesting to eat a “burger” with virtually no condiments. although I think I did detect a hint of butter on the bun, which I had absolutely no problem with… 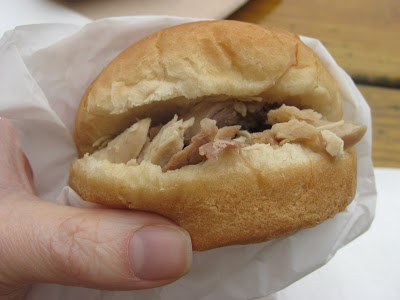 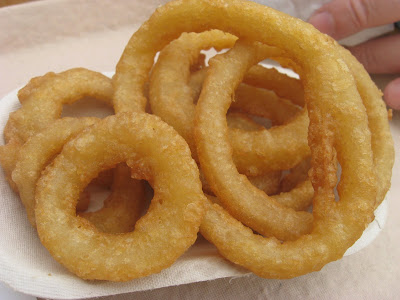 I’ll definitely make another visit to this place, if not just for the atmosphere. It was so nice to get out of the office and sit outside, but also to go back in time when life, and food was a little bit simpler. I might also take this rooster’s advice and get a root beer float with my burger! 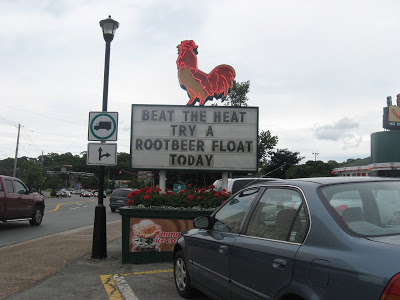