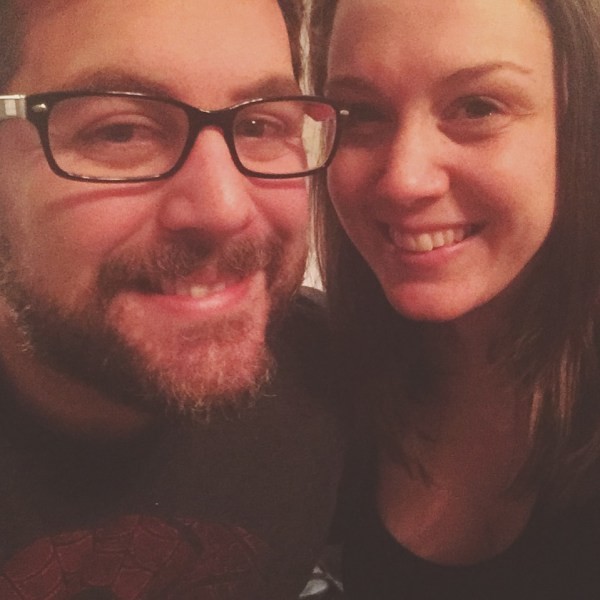 I see potential in everything. It is one of my charms, actually. I used to think it was optimism, but I think it is slightly more nuanced than that – especially because I can see potential without feeling optimistic. (And what a heartbreaking place that is to be.) This is why I usually love new years – time, in its essence, resetting – both January and September. I want to hold on to that new year smell all year round (do they make air fresheners for that?). I want to keep feeling like I can do anything – be anything – accomplish anything! I love new years.

Except for when I don’t.

I remember the first time that I went into a new year feeling apprehensive. It was following a brutally painful year of death and destruction. We lost a parent, a grandparent, pregnancies… We lost hope. There was a car accident. I prayed and wonder where the answers were. You don’t go through a string of gut punches all in a row and expect a new year to treat you any better. “We can only go up from here” is a fine mantra to embrace a calendar change with but what if you know there’s still more things that can be torn from your grasp? “Will it end?” seems like the more apt reaction. You are pretty sure your heart can’t bear to break any further, but here we go, testing it again for another 365 days, daring it to disintegrate into nothingness.

And so, on the eve of 2016, I excitedly selfied my way out of and into a brand new year, as any respectable millennial would. I was about to turn 30. It was going to be my year. Look out, world!

Apparently, it should have been me watching out.

How could I honestly expect a fifth year with no major crises? It is true, I did hold a tinge of fear as each year started afresh. Sometimes years go really badly. Maybe this will be one of those. But why worry when you can just hug all that gorgeous potential close to your soul?

It only took a few months until I noticed that my world was crumbling down around me and no matter how much I tried to prop it back up, I was powerless to actually make any meaningful dent, like sand, seeping through my tightly closed fingers. I let go of anything that wasn’t absolutely necessary. My first year of my thirties saw no major (half-marathon) goals reached. Just the introduction to utter devastation.

I rushed toward the end of 2016 a month ago. Good riddance! Yet, in a stunning turn of events, I could count a quintillion more blessings that came out of 2016 as I attempted to leave the hurt and pain behind. I shouldn’t complain. I would rather tie blessings with heartache then have to go through heartache with none, but I wish that they weren’t so interlocked, impossible to untangle the good from the bad.

I would never be here without the there. And here is good. Here is wonderful.

Still, I gingerly tiptoed into 2017. There was no wide fanfare. Just a promise made between my husband and I as we tried to keep our eyes open past midnight. “This year will be good, right? We’ll make it good, right? Do you promise?”

I’m too raw to make goals. Who has the audacity to make goals anyway? Right now it feels like laughing in the face of the devil. I had the nerve last year to resolve to run a half-marathon. “I’m turning 30 so I’m going to accomplish something awesome. I’ll run a half marathon in the fall for this, my first year of my thirties.” Ha! HAHAHA! Yeah right. Or maybe you’ll just grow so anxious you won’t even be able to leave the house alone to run. How about that?

So 2017? 2017 has come with no goals. Zero resolutions. I know better. I will be fine with an absolutely mediocre year. I don’t need to accomplish anything, assuming that means I get to keep all that is important to me too. I feel like that is the deal I have to make.

There’s just that one small but massively hopeful piece of potential for the year. Just a whispered promise to make this year better than the last.

(Here is where you learn that Netflix wanted me to write about resolutions and I wanted to write about resolutions so boom! A match made in heaven! Thanks for reading this far. Keep reading for a brief moment of levity until you click away. And then comment, so I don’t feel all alone up in here!) Netflix asked me to write down my streaming resolutions which is incredibly freeing because that is a resolution that will never leave me feeling like a failure. YES PLEASE! In fact, if I pretend I wrote this at the beginning of the month, I can add One Day At A Time which I have already binge-watched to completion. And we all know checking things off a goal list feels ah-mah-zing. What are your mediocre goals for the year?

This post was inspired by Netflix. I am a member of the Netflix Stream Team and as such I have been compensated for this post with a complimentary Netflix subscription and a few other perks. I’m honoured to have been a StreamTeam member for the last four years. The stories and opinions are all my own.

The post A Whispered Promise appeared first on Mommy Miracles.