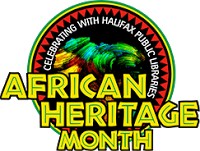 African Heritage Month is celebrated at Halifax Public Libraries with an incredible array of programs and events – you can enjoy drumming, dance, fashion, films, panel discussions, story telling, poetry, and the much anticipated reading by George Elliott Clarke from his new novel The Motocyclist.

Enjoy as well some new African Canadian writing, including:

“Austin Clarke is a distinguished and celebrated novelist and short-story writer. His works often centre around the immigrant experience, of which he writes with humour and compassion, happiness and sorrow. In ‘Membering, Clarke shares his own experiences growing up in Barbados and moving to Toronto to attend university in 1955 before becoming a journalist. With vivid realism he describes Harlem of the ’60s, meeting and interviewing Malcolm X and writers Chinua Achebe and LeRoi Jones. Clarke went on to become a pioneering instructor of Afro-American Literature at Yale University and inspired a new generation of Afro-American writers.” publisher

The Illegal: a novel by Lawrence Hill

“A literary thriller that addresses the fate of undocumented refugees who struggle to survive in nations that do not want them. Keita Ali is on the run. He is desperate to flee Zantoroland, a mountainous black island that produces the fastest marathoners in the world. Keita signs on with notorious marathon agent, Anton Hamm, who provides Keita with a chance to run the Boston marathon. But when Keita fails to place among the top finishers, rather than being sent back to his own country, he goes into hiding.” discover

“The stories range over almost a hundred years, from around the time of the second world war to the present. Like her earlier stories, Jamaica is the setting but the range of characters presented are universally recognizable as people in crisis or on the cusp of transformation.” discover

Falling in Love with Hominids by Nalo Hopkinson

“Jade Blackwin feels like she’s losing her mind. After burying both her parents–and being left by her boyfriend for her scheming best friend–she totally loses it. At college graduation, she confronts her man, slaps her BFF, then crashes her car. Now everyone thinks she’s crazy. Even her sister, who convinces Jade to take a job in beautiful, restful Key West. At first, Key West is everything Jade could hope for. The lime margaritas are heaven on earth. Her boss at the coffee shop, Katrina, is friendly as can be. And a gorgeous stranger named Brian is just the thing to help Jade forget her ex. But why is a crime writer asking so many questions? Why does Katrina explode into fits of rage? And why is a killer lurking in the shadows, ready to kill again? No one knows what’s done in darkness. But Jade knows she’s not crazy. She’s next…” discover