More than 100 volunteers joined a beach cleanup today on both McCormacks Beach in Eastern Passage and McNabs Island. 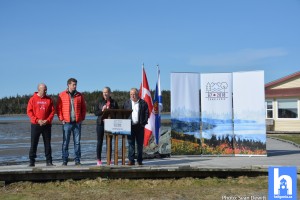 Catherine McKenna, the Environment and Climate Change Minister, was at Fishermen’s Cove and McCormacks Beach on to join in the cleaning on this Earth Day. Participants, armed with gloves and bags, roamed the area, filling bags with trash and animal waste. 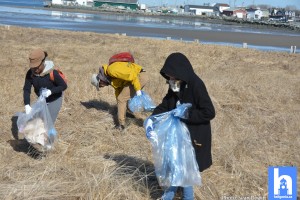 The event aims to remove marine debris from these coastal areas and raise awareness for the threat that marine debris, particularly plastic pollution, poses to Canada’s coastal and marine ecosystems and species. 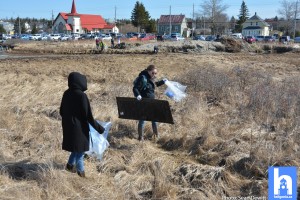 The organizers of this event include local environmental charity, the Ecology Action Centre, as well as the Friends of McNabs Island Society, Oceans North, and Ocean Conservancy. 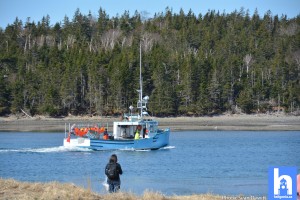 “This event is an opportunity for politicians, local groups, business and members of the public to come together to learn first-hand about the effects of plastic pollution on our oceans”, says Rebecca Brushett, Marine Campaign Coordinator at the Ecology Action Centre. 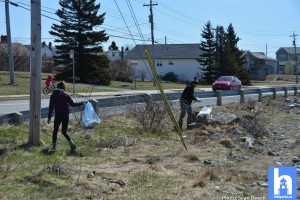 “Events like this help to create awareness aboutthe increasing prevalence of plastics in our oceans, on our beaches, and even in our seafood. Individual action and government leadership on reducing marine debris and plastic pollution has never been so critical for the health of the oceans, marine species and the livelihoods that depend on them.” 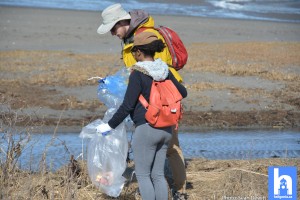 “Here in Atlantic Canada, we have a plastic litter problem both on land and sea,” states the Ecology Action Centre’s Policy Director, Mark Butler. “We need to bring in a ban on single use plastics and implement industry-led Extended Producer Responsibility (EPR) programs for the plastic we continue to use.” 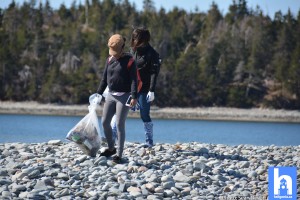 The Friends of McNabs Island Society hosts a volunteer beach cleanup on the island each year, removing plastic debris, big and small, from the coastline of this provincial park. 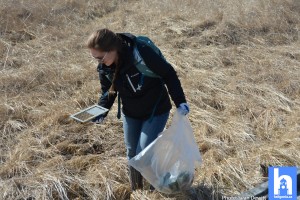 “For over 27 years, the annual Friends of McNabs Island beach cleanup has shown first-hand how ocean plastics pollute our shoreline,” says Vice President of the Friends of McNabs Island Society, Royce Walker. “So far, we’ve collected about 13,000 bags of garbage, and countless other large items. The debris ranges from furniture, to tires, lobster traps, and shopping carts – enough to fill two Olympic-sized swimming pools.” 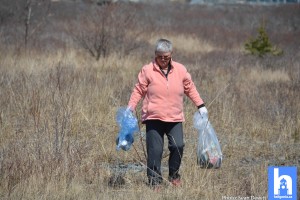 Oceans North, another group involved in the organization of this event, works nationally with a special focus on Canada’s Arctic. They see the threat of ocean plastics to ocean health as being directly linked to the resilience of coastal livelihoods throughout Canada and call for action on this issue. 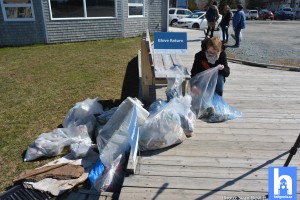 “Coastal communities from Halifax to Iqaluit depend on a healthy and abundant ocean. Reducing plastic use is an urgent global issue that requires real leadership,” says Vice President of Oceans North, Louie Porta. 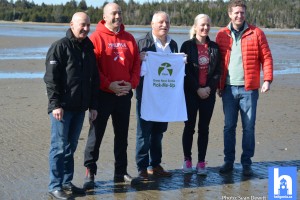 Supplies for the cleanup were contributed by the US-based environmental non-profit Ocean Conservancy, which has been involved in beach cleanups around the world through its International Coastal Cleanup program. 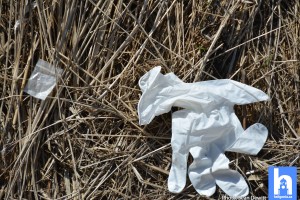 “Ocean Conservancy is thrilled that Canada is tackling ocean trash as part of its leadership role as president of the G7,” says Janis Searles Jones, CEO of Ocean Conservancy. “With over 8 million metric tons of plastic flowing into the ocean every year, we must solve this problem. 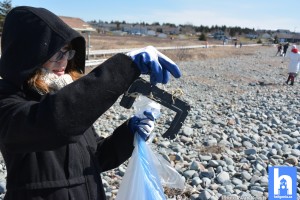 From participating in local cleanups in Canada and around the world, to making smarter choices about what we buy and use, to incentivizing waste collection and recycling for a circular economy in places where the flow of trash from land to the ocean is greatest, every individual and every government has a role to play in meeting our goal of trash free seas.”

All Hands on Deck to Celebrate Earth Day with Beach Cleanup in Eastern Passage
https://haligonia.ca/all-hands-on-deck-to-celebrate-earth-day-with-beach-cleanup-in-eastern-passage-237777/