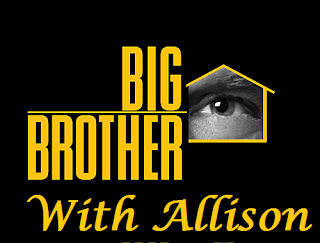 And begin…
Both Adam and Dominic are nominated this week and think they are the pawns. Just like two girls who don’t realize they are dating the same jerkface, and the jerkface in this case is Brachel.
After the nomination ceremony Rachel approaches both Adam and Dominic and says they should start trying to make deals with her. Then Dominic reminds the audience in the diary room that he has already tried to make a deal. Remember last episode after Brachel fight #3453? He tried to convince them to team up with him and Dani to take down Jeff and Jordan. Seems Rachel forgot that.
Dominic and Danielle or as I like to call them, Dominelle
These two are really trying to “pull” some strings in this house. They flirt so much now that they also seem to want to “pull” some other things in the future. You know what I mean? A good ol’ taffy pull.
So Danielle and Dominic continue to flirt in the most barf-ariffic way by “spotting” each other lifting weights. They playfully bicker thinking no one can see their secret alliance. Here’s the thing about flirting people. You’re NOT invisible while you do it! I see you. Jeff is watching this interaction and grows very suspicious. He should know, he flirted with Jordan two seasons ago and look at them now.
Dominelle plant seeds of doubt
Dominic agrees to throw the Veto competition for Brachel. Danielle does not want Dominic to throw the competition and would rather Brachel backdoor Jeff and Jordan. The seeds Danielle are planting start to look like saplings. You can see it in Rachel’s eyes she is very tempted. Like someone just told her, “Sell me your soul and I will give you these bright red synthetic hair extensions.”
“Girl, shave yo legs” – Veto Competition
So the veto comp only had two couples eligible to play and it was Jordan and Jeff pulled out of the magic bag. God forbid Kalia and Lawon do ANYTHING. When the competition started this blonde girl starts hosting the show, I was thinking who is she? Then I realized, oh right, her name is Porsche and she is also on this show.
The housemates come to the backyard to see this large papier-mâché woman in a bath tub with really hairy legs. I hope they didn’t hire a grade 2 class to accomplish this. The game is as follows, the housemates collect the stubble (gross) that have a letter attached to it. In the time allotted the housemates must correctly spell a word with the leg hair. (Is that even a sentence?) Whoever spells the longest word in the shortest amount of time is the Veto winner. All the housemates want to win except Dominic who is going to throw the game and Jeff who just wants to spell a word correctly.  The housemates run in the bathtub and give that woman and full wax job. Thank God it wasn’t in the bikini area.
Here are the words they spell:
Jordan: Little – As in, “Jordan has little knowledge of vocabulary.” She said her other option was farting. That would have been hilarious.
Dom: Standings – As in, “The standings of Big Brother are Veterans on top Newbies falling fast.”
Rachel: Mouisturizing – As in, “A cow can prevent wrinkles if she uses mouisturizing lotion, a thing Rachel made up.”
Adam: Fractions – As in, “What the fractions is up with throwing competitions?”
Jeff: Expresses – As in, “Jeff expresses himself through tight tank tops.”
Brendon: Understanding – As in, “Brendon’s understanding of what to look for in a wife is very questionable.”
Brendon was the winner! That’s right, another newbie doesn’t win something.
“Psst, Dani is plotting against the Veterans pass it on”
You know what brings a group together? A common enemy and thy name is Danielle. The Veterans slowly start to realize that Danielle is planning a lot more than wearing another off-the-shoulder shirt.
It starts off with Danielle AGAIN trying to convince Rachel to use the veto to put up Jeff and Jordan and come to the new alliance. She reminds Rachel that Dominic is really loyal and this would be an amazing idea.
Meanwhile in the asylum room, Dominic has an addiction to making alliances and tries to make one more with Shelly. He tells Shelly to team up with him and Danielle to break apart Jeff and Jordan. What Dominic doesn’t realize, because he was home schooled, is that women can’t keep secrets.
Shelly runs to Jordan, and then Jordan runs to Rachel with this news. Wow, news spreads faster than the gossip in my office. Speaking of my office, guess who….? No Allison, that’s for your other blog. Brachel had to pretend to be shocked about hearing Dominic gunning for Jeff and Jordan but they were truly shocked to know that he was trying to make another alliance.
Brachel decides that Dominelle can’t be trusted. But really there logic is flawed they were really close to flipping.
So finally Brachel and Jordan and Jeff start to patch things up. Again, as stated above nothing brings people together like a common hatred. You want to be friends with me? Start a conversation about how awful and vapid Kristen Stewart is.
So if Danielle’s plan was two split the Veteran couples it backfired. It made them stronger. You showed your cards too early, ya busted. I liked her idea but it just didn’t work.
Veto Ceremony
After all the hullabaloo. Brendon keeps the nominations the same and makes a speech that kind of went no where.
So who is going home tonight? Should Dominic regret throwing the Veto? Whose hometowns will be featured? Will Julie wear a hit or miss outfit? And for the love of Pete could a Newbie please win head of household?
Other Thoughts: