Wow, American Idol’s ratings must be down because I can only imagine that their wardrobe budget has been drastically cut. Why else would they have chosen to dress Lee and Crystal in clothes from a thrift store? Seriously, Crystal in particular looked dreadful as she entered the huge Idol theater for the final performance show. What was that tattered-looking dress and weird belted coat? And why were Lee’s clothes so ill-fitting? Fashion fail. 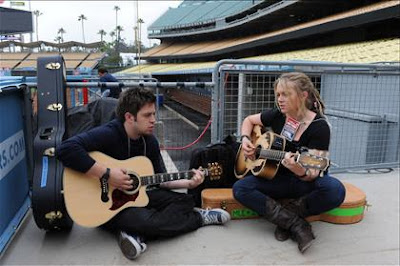 So who would perform better, Lee or Crystal? Let’s looked at the performances:

Lee DeWyze – The Boxer
A great song, and a great performance but I’ve always hated how the artists repeat performances for the final show. They fight tooth and nail to make it to the finals, they’re supposed to be the best of the best…and then it all culminates in something we’ve already heard? Lame.

Round One went to Crystal.

Will Young (the original Pop Idol in England) was very good at the end, though, singing the season’s exit song. I’d slide him in somewhere between number three and four.

American Idol: Who will it be?
https://haligonia.ca/american-idol-who-will-it-be-18201/