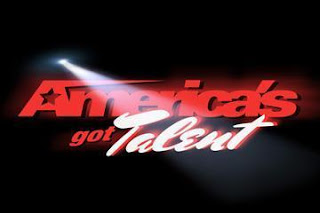 …it’s about time. The semi-finals are finally over on America’s Got Talent and five acts progressed to the finals. I can’t say I was impressed with the results. Obviously, Fighting Gravity deserved to make it through. Jackie Evancho was another deserved shoe-in. But magician Michael Grasso is not my cup of tea at all, so I can’t say I was thrilled to see him move on. And Jeremy VanSchoovhoven? I didn’t see that coming at all. What was so great about this act?
The final acts came down to Studio One Young Beast Society and Alice Tan Ridley. I was surprised that Michael & Ashleigh were knocked out of the run before Studio One, and I was even more surprised when the judges decided to advance the dance troupe instead of the songstress.

Well, we have a top ten. I think there are about four or five acts in the finals that I really like, and the rest are just fat waiting to be trimmed. Who are you rooting for?

America's Got Talent: Farewell to the Semi-Finals...
https://haligonia.ca/americas-got-talent-farewell-to-the-semi-finals-24734/