Go-sees! Go-sees are always a fun challenge on ANTM, and once again Chelsey had a leg up on the competition – she’s the only girl who’s been on one before. As much as Kayla talks about how she really wants this, and Chris doesn’t, and she’s high fashion, and Chris isn’t, Chelsey is the girl who keeps impressing me with her knowledge of the fashion industry and previous experience.
Tyra met with the girls and helped them organize their books for their go sees. I’m glad that Tyra is actually interacting with the models again, that was something that made the earlier seasons so great. We got to see the girls show some personality (except poor Ann, who was totally silent and awkward) and everyone learned to place photos so that you’re looking into the fold. In case you didn’t already know that.
The big, big news was that the girls would be going to Versace on their go-sees. They also had to take public transportation or walk as well. Surprise surprise, everyone headed to Versace first to meet with the gloriously critical Angelo.
Go See, Go Home
Chelsey, Kayla and Ann got lost but eventually made it. Ann looked like crap, Kayla was wearing the same outfit I wear to a diner on a lazy Saturday morning, and Chelsey looked panicked.
Angelo was brutally honest. Jane’s walk needed work. Chelsey’s look is very two seasons ago. Kayla could be good for editorial, but not a show. Ann looks scared of heels, which is not something a model wants to hear, but Angelo still liked her. Ann is lucky she’s so interesting-looking, because she has not made it this far on talent.
Everyone had transportation issues after Versace. Chelsey got help from a friendly passerby, Kayla realized that subways in Italy are not the same as subways in Chicago, Ann sat sadly by a fountain and talked about how she even gets lost in Dallas (she’s from Texas), and Jane and Chris decided to just pack it in after Versace.
In the end, the go-sees were a bust. Jane and Chelsey were back with plenty of time, but only went to Versace. Chelsey made it to another place and made it in on time, but Kayla and Ann were late and only hit Versace. Kind of pathetic, no? Obviously, Chelsey won.
Miss Marble 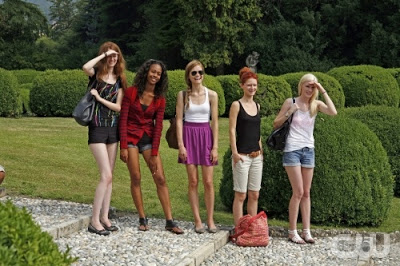 Nigel was the photographer this week! I’m all kinds of in love with Nigel Barker, and I always will be. The girls were posing as statues, and it was really, really cool. Oh, and guess what? The girls were posing with male models again! Now I’m really starting to feel kind of bad for Kayla, but no better way for her to get comfortable.

Jane looked fantastic as a statue, but Jay thought she lacked passion. She doesn’t have a boyfriend, so instead she had to think about how passionate she was about playing lacrosse. There’s a really stereotypical lesbian joke in there, but I won’t make it. Lacrosse didn’t help though, and Jay’s continued criticisms caused Jane to crack – Ha! Get it? Crack? Totally awesome statue pun there. Or, you know, totally lame. Whatevs.
Chelsey not only looked amazing, but she brought great sensuality to the shoot. I’ve liked Chelsey since the first episode, and I’m glad she’s finally making her way to the front of the pack. But she still had Ann to contend with – and the theme of the photo shoot was totally up Ann’s alley. It was obvious that Ann would deliver a fabulous photo.
Despite Jane’s rough photo shoot, I think Kayla and Chris are the weak links. Kayla rocked her shoot, but I just don’t see a model in her. Chris had so much feeling in her eyes during the shoot, but she struggled with an ankle injury from the previous day.
Five Statuesque Girls Stand Before Me…
I loved Tyra’s dress at judging. In fact, I love Tyra this season. OK, let’s talk about our five remaining girls.
Kayla: I hate how Kayla dresses. She showed up for panel looking like she was shopping for groceries! Then they talked about how weak it was that in four hours she only went to one go see (Versace) and didn’t book it. Her photo was pretty good though. The angle of her face was stunning and she looked very graceful. 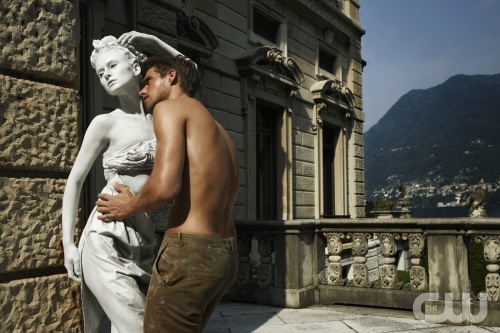 Chelsey: Chelsey was the challenge winner, not that she had very stiff competition. She made two go sees and booked one. Chelsey’s photo was sexy, beautiful and really stood out. 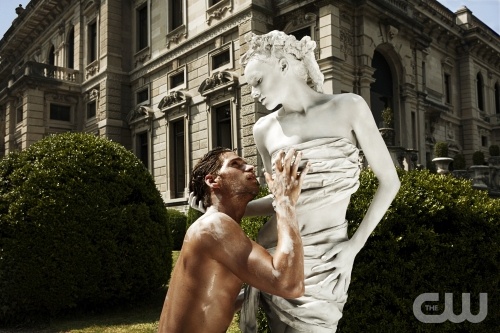 Chris: Chris made it to one go see and didn’t book it. Her photo was very pretty, but I just don’t think Chris has what it takes to win this competition. 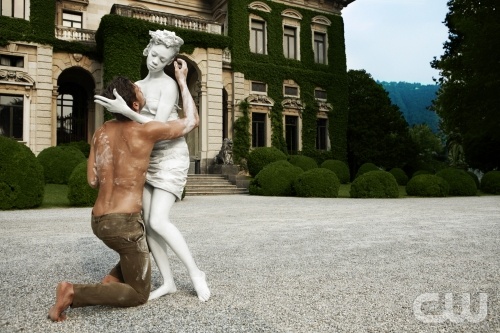 Ann: Oh, Ann. How disappointing! Angelo from Versace said he would have booked her, but since she didn’t make it back in the four hour time period she was disqualified from the challenge. How do you only hit one place and not make it back on time? Ann looked lousy at panel, and her photo was just alright. It was good, but it wasn’t up to the standard Ann set for herself earlier in the season. 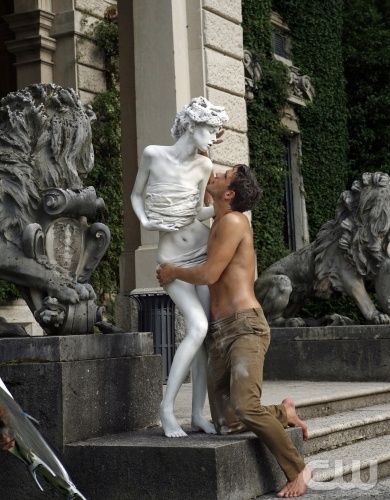 Jane: Jane went to one go see and didn’t book it, meaning that the only model Versace wanted was Ann. Jane’s photo was gorgeous, but Nigel told the other judges how much she struggled at the photo shoot. 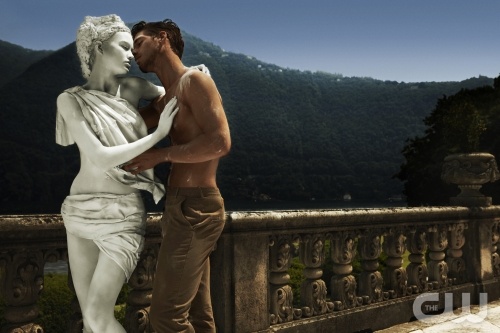 Did anyone else totally love the stern talking-to Tyra have the models for sucking at go-sees? It seems like Tyra finally has an interest in actually turning these girls into working models, not just making a wacky reality TV show.
So who would be eliminated? Before the judges deliberated, my money was on Chris. I wasn’t so sure, though, which girl would receive best photo. Kayla? Ann? Chelsey? It was so hard to tell, since each girl is battling her own challenges right now. Then when the guy from the modeling agency told Tyra that Jane had a lot of potential but needed more than a couple weeks to bring it out, I worried she would be eliminated.
Kayla got called first. Ugh. I just don’t want Kayla to win. I don’t think she can pull off commercial and her nose bugs me. There, I said it. It’s a modeling competition, therefore I am allowed to judge a girl based on her nose. Next, poor Chelsey got called second again. When is this girl going to get recognized for being the most model-ey girl in the pack? Ann was called third, predictably leaving Chris and Jane in the bottom two.
And…Chris was eliminated. It was the right decision. Jane might still have a long way to go, but there is a model in that girl. Chris is super cute, bubbly and likable and should definitely pursue a career in commercial modeling and acting.