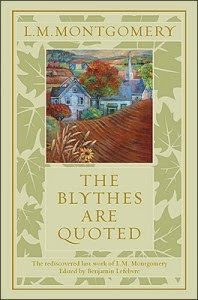 Last week we had a post that talked about new books from late authors – but one we didn’t include in that post is one that is probably most interesting to East Coast literature fans.

Tuesday will see the release of The Blythes Are Quoted, which is being billed as a final installment in the Anne of Green Gables series.

There has been renewed interest in the Anne of Green Gables story in the last year or so (although really, it’s fair to say, that interest ever really died out). Last year was the 100th anniversary of the 1908 printing of the first book in the series. This past spring – that milestone was celebrated with the release of Before Green Gables by Budge Wilson, which imagined the story of Anne before she was orphaned and introduces readers to Anne’s parents Bertha and Walter Shirley. 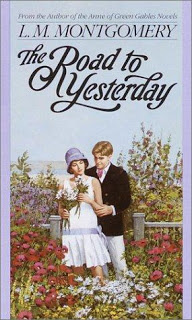 Reports are that this new title will be stylistically different than previous Anne tales. It has been described as darker, with the publisher description noting that “Adultery, illegitimacy, misogyny, revenge, murder, despair, bitterness, hatred, and death—usually not the first terms associated with L.M. Montgomery” but being a large part of this book. The book is not 100% new either. In 1974 a heavily edited version of the book was published under the title The Road To Yesterday, but this is the first time that the book has been published in its entirety.

The Canadian press is already abuzz – as you can imagine. If you’d like to read more before you check out the book, an extensive review and history of the publication appeared in Friday’s Globe and Mail, and the CBC ran a piece on the book over the weekend.