Just weeks after the closure of Yeh! in Sackville this week the Cherryberry at Larry Uteck closed up their shop. Reader Murray Wong came up with this lovely graph based on my previous updates.

The end of an era in Dartmouth. Holiday Inn on Wyse will close January 1 for a renovation but reopen in May under a new brand. ( I hear Hilton Doubletree)

New doggy daycare in the South End on Mitchell St. called HFX Dog. Dog sitting, walking and even a shuttle service for your dog.

Station Six on Herring Cove Rd. is now open, and early response seems to be positive.

I have rumoured it here for many months, but a two floor H&M (above Lawtons) has been confirmed for Halifax Shopping Centre. It should open August next year next to what will be Zara. (July)

Ceilidh Pub on Waverly Rd. has closed their doors. 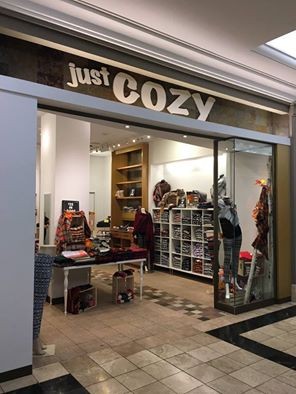 Just Cozy opened in Mic Mac; it’s a pop up that sells leggings and scarves. They have two sizes of leggings 0-12 and 12+; Be warned though they don’t have changing rooms and do not offer returns.

Rumours had been swirling that John’s Lunch was moving, they are not. It does appear that his son will be opening his own restaurant, though.The new spot will be in Woodside Plaza at the corner of Pleasant and Prince Arthur.

Got a chance to visit Yu Yo Craft Supply and Tea House this week, it slipped under my radar that they opened.
It’s a whimsical little place hiding on the outside of the brewery market in the courtyard beside the hotel.

Pete’s on Dresden Row added crepes to their offering this week, “La Creperie” is open 9-6 every day.

Seafarers Pub in Eastern Passage is working to be open for this weekend.

Sugartown Studio will have these cuties available at Dartmouth Makers

It was ten years ago this week that Santa brought the legend Woody to life for the very last time at Mic Mac Mall.

And Sobeys released their remake of Star of Christmas, and I have to give them credit they did really do a great job

Another Froyo Melts Away and Sobeys Melts Our Hearts
https://haligonia.ca/another-froyo-melts-away-and-sobeys-melts-our-hearts-173023/