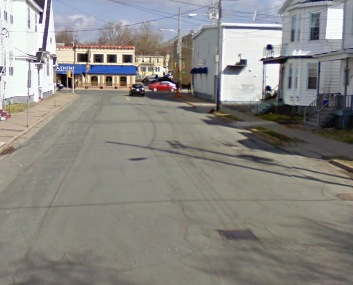 UPDATED A man is in custody after an indecent offence, and a pizza driver is robbed yesterday in Halifax.

Police responded to a complaint of an indecent act that occurred on Pepperell Street at Preston Street at 730 pm, Friday evening.  The female victim  observed a male person expose his genital area and commit an indecent act in her presence. The male left and entered a vehicle, the victim was able to give a description of the male, his car and licence plate to police.

Halifax Regional Police Patrol members were able to locate the vehicle and arrested a 26 year old male resident of Bedford,   without incident.

Investigators of the Halifax Regional Police/RCMP , Integrated General Investigation Section, interviewed the male suspect. The suspect will be charged for this incident as well as 6 (six) other indecent acts of a similar nature that occurred during the month of March.  These  other incidents all occurred in the south end of Halifax.

The 26 years old male will face charges for these seven (7) Indecent acts contrary to  section 175 of the Criminal Code of Canada, he will be released to attend a later court date.


View Larger Map
At 2:23 am Halifax Regional Police responded to a report of a robbery of a  pizza delivery person on Douglas Dr. Halifax Two males threatened the driver with pepper spray and took money from the driver, then fled on foot. No injuries were sustained by the victim.

Limited description of suspects is as follows : two males both wearing bandanas covering their faces.