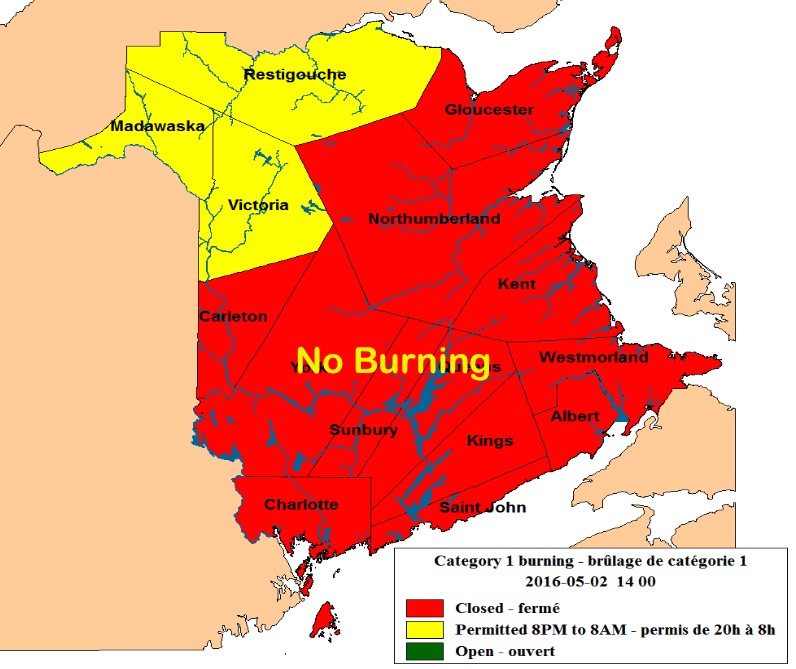 Snowfall was below normal for most areas.  However, Halifax had several snowfalls, and ended up with more than double the normal monthly total.  In fact Halifax had the same amount of snow in April as it did in March.

Although the last half of the month was very dry, it was also very cool.  Consequently, every one of the communities ended up with the April mean temperature being slightly below normal overall. 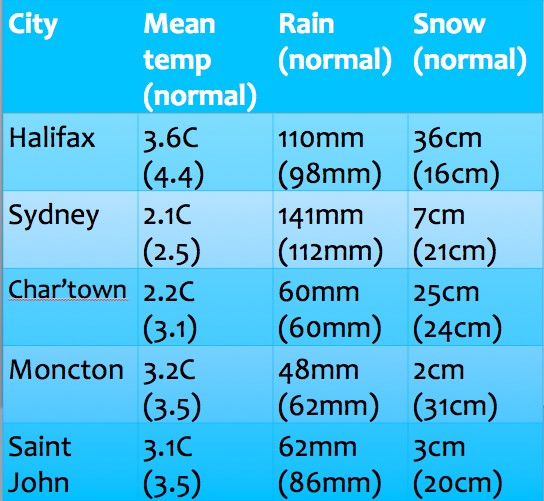 As we head into May, the pattern has changed:  with passing rain systems  or showery weather; with milder temperatures in the forecast for the first 2 weeks.  The 40 model ensemble for temperatures and precipitation illustrates this change. 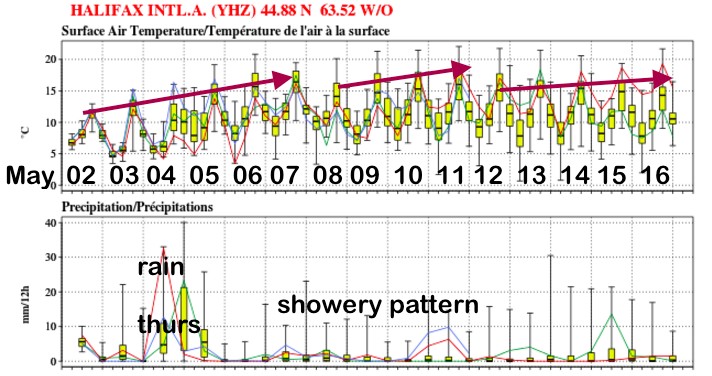 The monthly forecast for May does suggest near or slightly above normal temperatures, perhaps partly due to warmer than normal seas surfact temperatures (we had much less sea ice than normal, and lobster fisheries in the Gulf opened on schedule). 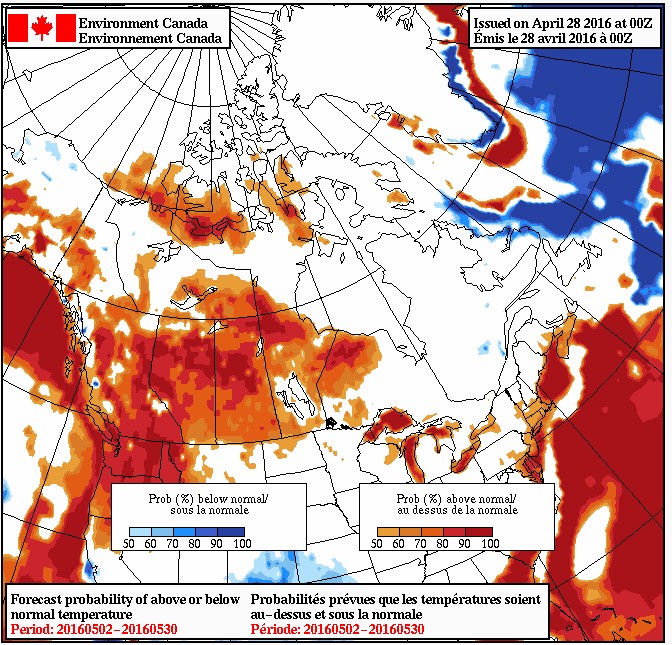