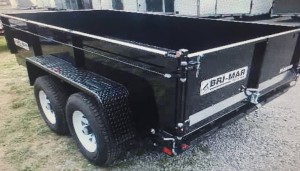 At 7 a.m. on April 7, an owner of a motorcycle awoke to find their orange 1996 Honda CBR900 motorcycle stolen from their property. At the same time, they discovered their Subaru vehicle had its ignition damaged and the vehicle moved through the night. This incident occurred between 8 p.m. on April 6 and 7 a.m. on April 7 on Realty Ave. in Lower Sackville.

Sometime between 11:30 p.m. on April 6 and 11:30 a.m. on April 7, suspect(s) entered a yard on Hallmark Ave. in Lower Sackville where they damaged the ignition of a Pontiac Vibe that was parked in their driveway.

Another vehicle was targeted in a driveway on Old Sackville Rd. in Lower Sackville between 10:30 p.m. April 6 and 12:30 p.m. on April 7. Suspect(s) entered the vehicle and damaged the steering column and ignition of the Chevrolet Venture van during an attempt to steal the vehicle.

If you have any information regarding these incidents you are asked to contact Halifax District RCMP at 902-490-5020. Should you wish to remain anonymous, you can also contact Nova Scotia Crime Stoppers at 1-800-222-TIPS (8477) or submit tips by Secure Web Tips atwww.crimestoppers.ns.ca. Calls to Crime Stoppers are not taped or traced and if police make an arrest and lay charges based on a tip, callers qualify for a cash award.