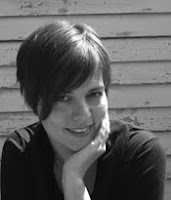 Cape Breton born author Lynn Coady is touring through the Maritimes this month in support of her latest book, The Antagonist, and we’re pleased to be hosting her at the Spring Garden Road Library on Saturday afternoon. (That’s today!)

Coady burst onto the literary scene in 1998, with her novel about a young Cape Breton girl trying to come to terms with life after giving a baby up for adoption. Nominated for the Governor General’s Award, winner of the Dartmouth book award, Coady was hailed as a young author to watch, and she’s spent the ensuing years giving readers plenty to be alert to. In addition to her novels and a short story collection, Coady has edited and contributed to a number of fiction collections and frequently appears in the pages of Canadian magazines and newspapers.

The Antagonist is her first novel in 5 years. Released just this month, it’s already getting glowing reviews. From the publisher’s description, “Against his will and his nature, the hulking Gordon Rankin (“Rank”) is cast as an enforcer … [a role which] he gamely lives up to… until tragedy strikes. Escaping the only way he can, Rank disappears. But almost 20 years later, he discovers that an old, trusted friend has published a novel mirroring Rank’s life. The betrayal cuts to the deepest heart of him, and Rank will finally have to confront the tragic true story he’s spent his whole life running from.”

For those who don’t already know Coady’s writing but are curious about her, she is frequently praised for her wit and character development. Her writing often focuses on youthful characters, facing hardships or coming-of-age difficulties (in the Antagonist the protagonist is older, but the action is looking back on an event from his youth). She gets to the heart of her characters’ struggles with clarity and focus, while offering sharp observations on the absurdities of the world around them.

As often happens with Canadian writers, many of the comparisons made to Coady’s writing are to other Canadian writers—in particular writers who share regional ties—including Christy Ann Conlin and Joel Hynes. Beyond Canadian authors, there is much in Coady’s writing for fans of Lorrie Moore—who is similarly praised for her humour and accurate depiction of youthful characters (although I think Coady’s humour has more bite) or Richard Russo—who, like Coady, often has small town settings and a satirical bent.