Please come and join Bernhard Schlink, author of The Reader, for a reading from his latest book to be translated into English, The Weekend.

“Old friends and lovers reunite for a weekend in a secluded country home after spending decades apart.They excavate old memories and pass clandestine judgments on the wildly divergent paths they’ve taken since their youth.

But this isn’t just any reunion, and their conversations about the old days aren’t your typical reminiscences: After twenty-four years, Jörg, a convicted murderer and terrorist, has been released from prison. The announcement of his pardon will send shock waves through the country, but before the announcement, his friends—some of whom were Baader-Meinhof sympathizers or those who clung to them—gather for his first weekend of freedom. They have been summoned by Jörg’s devoted sister, Christiane, whose concern for her brother’s safety is matched only by the unrelenting zeal of Marko, a young man intent on having Jörg continue to fight for the cause.

Bernhard Schlink is at his finest as The Weekend unfolds. Passions are pitted against pragmatism, ideas against actions, and hopes against heartbreaking realities.” – Publisher

“…the book’s real strength is the finely wrought dynamics among the characters, whose relationships and histories are fraught with a powerful sense of tension and possibly untoward potential.” Publisher’s Weekly 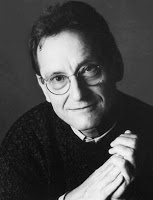 Schlink is a writer and professor of public law and legal philosophy; and formerly, a judge at a German constitutional law court. He now teaches at Humboldt University in Berlin and at the Benjamin N. Cardozo School of Law in New York. This event is the kick-off for a cross Canada reading tour of Bernhard Schlink organized by the Goethe-Institut in Montreal.