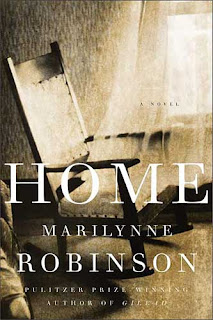 Are you more likely to read a novel if it has won an award?

Does it have any bearing on your enjoyment of the book? Some maintain that there is a reason why these books have won awards and you could do worse than to find out why! Others would say that their enjoyment is just as great if the book is obscure.
Some read award winners so that they can discuss them with friends and colleagues. The reasoning being that more people would read an award winner and that the book would more likely be a popular topic of conversation.
If you like to read award-winning novels, here are two recent winners for you to try:
Marilynne Robinson is the winner of the 2009 Orange Prize for her novel “Home“.
“Home” is a novel about two adult siblings who return home for different reasons. The sister to care for her dying father, the ‘bad boy’ brother to seek refuge from a life squandered. “Home is a moving and healing book about families, family secrets, and the passing of the generations, about love and death and faith.”
The annual Orange Prize honours the best work of English-language fiction by a female author. The £30,000 award (about $52,000 Cdn) was awarded at a ceremony in London, England, on Wednesday, June 3rd.
(more Orange prize winners)
Robinson is also a former winner of the Pulitzer Prize for Fiction for her novel “Gilead“. 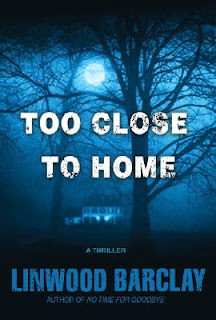 The Crime Writers of Canada announced June 4th that former Toronto Star columnist Linwood Barclay had won the Arthur Ellis award for best novel for his book “Too close to home“. A psychological suspense thriller about the killing of a family in a quiet suburban neighbourhood and the secrets that emerge in a seemingly peaceful town.
(more Arthur Ellis award winners)
Whether you agree with the judges or not… reading makes us all winners!