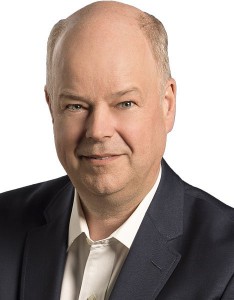 Today, Jamie Baillie announced he is stepping down as the Leader of the Progressive Conservative Party of Nova Scotia.

He will remain Leader of the Party until a replacement has been selected. He will continue to be the MLA for Cumberland South.

“I want to thank my family, my caucus colleagues, and the dedicated members of the PC Party for their support over the last seven years,” said Baillie. “It is the right time for my family and I to start our next chapter. I also believe it’s an opportunity for the Party to elect a fresh face for leader.”

Baillie says it’s been a wonderful experience and an honour to be the leader of the PC Party.

“We have made great strides and I am tremendously proud of our collective efforts and results. I am truly grateful for the thousands of people I’ve met along this journey and the wonderful memories we’ve made,” said Baillie. “People welcomed me into their homes, their places of work and their community centres with open arms and I am so humbled by all the love and support I have received.”

Baillie was ratified as Party leader on October 30, 2010. He worked hard to rebuild the PC Party, helping bring it back from just seven seats in the Legislature in 2013 to 17 seats in 2017.

Tara Miller says the PC Party owes a great deal of gratitude to Jamie Baillie for his many years of service.

“We have been so lucky to have someone of Jamie Baillie’s caliber as our leader over the last seven years. He has been a tremendous steward, navigating our Party through many challenging times,” said Miller. “Jamie is a wonderful man. He is smart, dedicated and caring. I want to thank him, on behalf of our entire PC family, for his years of service and commitment to our province.”

Miller says the Party Executive will meet in the coming weeks to discuss the process and details for selecting a new leader, as laid out in the Party constitution.

For his part, Baillie will remain a vigorous leader of the Official Opposition. He will continue to advocate for causes he cares about, like improved access to mental healthcare and a stronger economy, as Leader and well into the future.