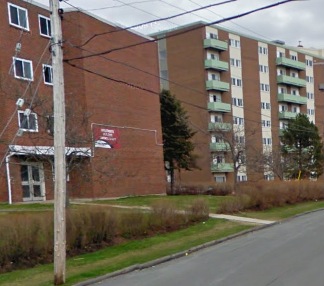 10:19pm – The youth in this matter was released without charges shortly after 9 p.m. tonight. The parents of the youth relinquished the pellet gun to police for destruction.

Halifax Regional Police thanks the residents of the Churchill Court area for their cooperation and patience as we dealt with this situation.

View Larger Map
Police responded to an apartment building located at 14 Churchill Court in Dartmouth at 3:50 p.m. after an adult friend of the family visited the apartment and witnessed the 16-year-old in possession of what was believed to be a handgun. She left the area immediately and called police. While he did not threaten the woman, police were concerned for they boy’s safety as well as the safety of others. Officers contained the scene and attempted to make contact with the youth for several hours. Police were dealing with conflicting information as some family members indicated that the youth may have been in the apartment while others said he was at another location.

At 7:45 p.m. Emergency Response Team officers entered the apartment and were searching for the youth when he contacted his parents from another location and advised he wanted to turn himself in. He agreed to meet police and his parents at a parking lot on Caledonia Road.

The youth was arrested at 8:05 p.m. and is currently being interviewed by investigators in the HRP/RCMP Integrated General Investigative Section. The search of the apartment turned up what is believed to be a pellet gun. It is unclear at this time as to whether charges will be laid and the investigation is on-going.