Tide House Brewing is setting up a small brewery on Salter St. In the same building as 2 Doors Down and Reflections.

Alex Oh Sushi appears to be done, closed ~Aug 25 for “vacation” hasn’t opened since. All portable items are cleared out of resto, and it hasn’t reopened.

Longtime downtown resident Attica Furnishing is moving North.They will be moving into the base of the new building on Robie beside the Lions Head.

The Fleet Club is going under the wrecking ball soon; a new smaller bar will be set up elsewhere on base.

The new grocer Le Marché opened in Kings Wharf opened on Saturday. Another new addition to Downtown Dartmouth, they are asking for input on what you would like to see there.

Golf Town‘s parent in the US has filed for Bankruptcy; Canadian investors are purchasing SOME of the 55 locations. And closing the rest, I am unsure about the Dartmouth Crossing store, but we should know in the next couple days.

Always and Forever is closing the Main St. bridal shop has already started clearing stock and will be done in a few weeks, half the space is already occupied by a Hallowe’en shop.

RUMOUR: Gap will be closing the Mic Mac store after Christmas. (but it may be a ploy by Gap to get a better lease) The gap is also opening an Outlet store a kilometre away in Dartmouth Crossing in the coming weeks.

A new jewellery store called Earth Goddess is opening on Young St. across for the main Hydrostone area.

The Anchor Bar & Grill,  in Fairview, has opened. Located beside Mexico Lindo across from the old Halifax West High School site. 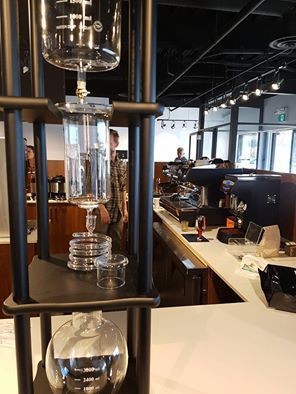 Cortado Tasting Room has opened their cafe in Bedford across from the BMO Centre.

Chapters in Bayers Lake is getting exterior work, will be rebranded as Indigo.

North Mountain Pie returned to the Seaport after closing in February, but the savoury pies are back today “Steak n’Cheese, Cowboy Pie, Pork Tikka Masala, Farmhouse Dinner, and Huevos Rancheros.”

The Candidates list is finalized for next month’s municipal election. Are you on the voter list ??? Check here.
The list of candidates is here
The following four councillors are unopposed and win by acclimation District 3: Bill Karsten District 4: Lorelei Nicol District 15: Steve Craig  District 16: Tim Outhit

The NSLC new annual report is out, and they have some fancy infographics (so I don’t have to this year)
The category Champs this year are
Spirits: Tacoma
Beer: Downsview
Wine: Bayers Lake
Ready To Drink: Antigonish

This building proposal has gone to the city to approve the filling in of all the open space around Maritime Centre. Now the RUMOUR part, I had heard when Simons was in town last year looking at space they had asked about the potential of building there. 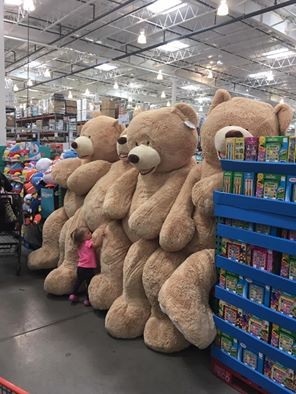 If you have $250 spend on something impractical, may I suggest these 7’6″ Teddy Bears at Costco?

OK sure they opened in 1995, but it took me until today to try
ASAP Mabuhay, the All You Can Eat Filipino buffet hiding behind Subway on Blowers St. Where you find Rocky BBQing meat late night.They have odd hours Tu-Fri 11:30-3:30 but it’s $11 taxes in and the food was quite good, and they are super friendly. I definitely won’t wait 21 years again.

Starting Sep 29th all Starbucks will now have their calorie count for all their drinks right up on the order board, Starbucks will be rolling this out nationwide in an attempt to be “more transparent.” However, they are just reacting to an Ontario law that goes into effect Jan 1, that requires and organization with more than 20 outlets in ON to have the calorie count directly beside the menu item. So all the big guys will have to do it, whether they do it coast to coast we will have to see.