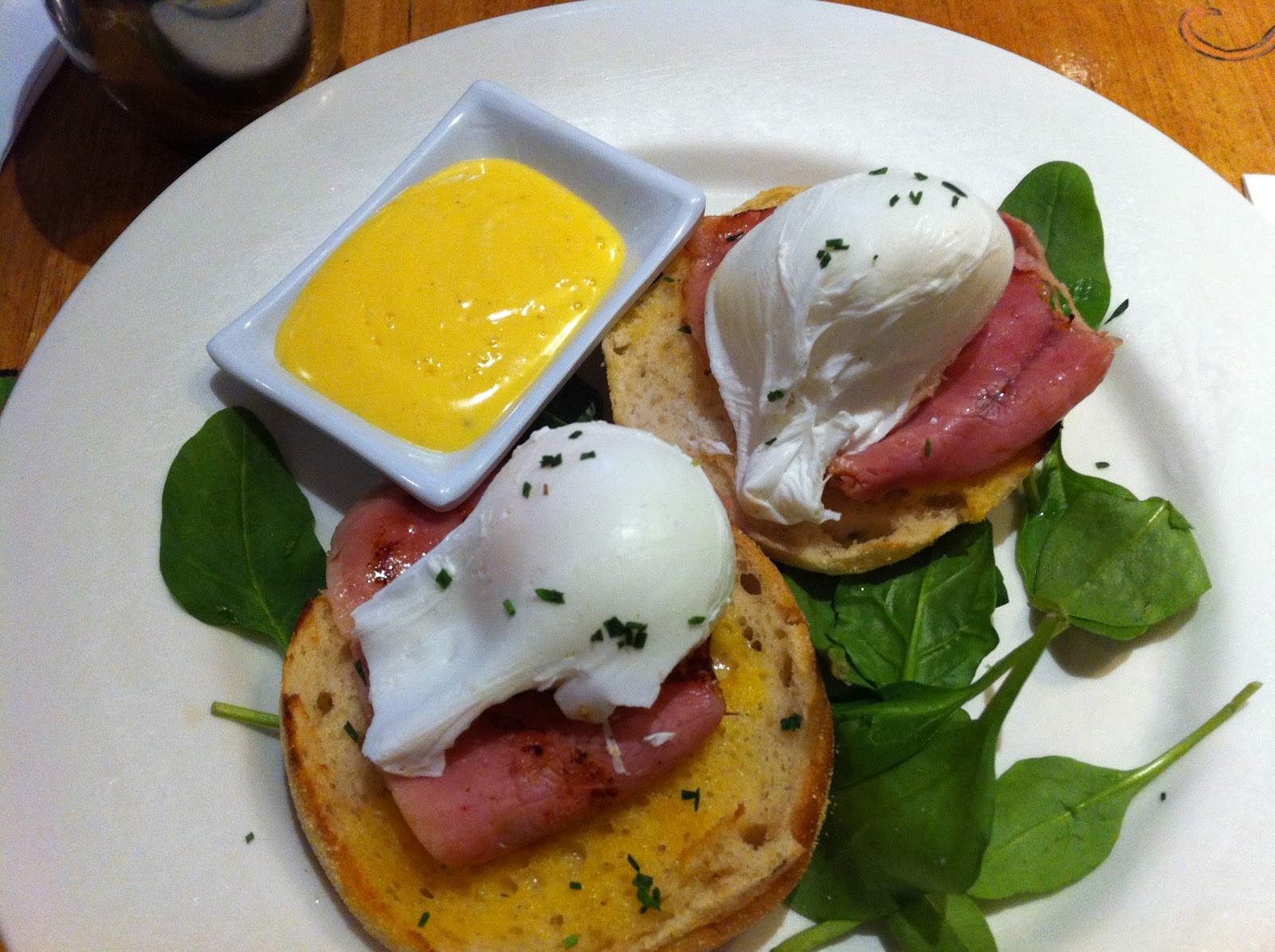 Within less than a week of my having arriving in Sydney, my big sister’s pals met me in the city for bfast.  I’m super thankful for these friends; he’s originally from Melbourne, and she is an New Yorker through and through…and they’re both amazing!

I met them in Darlinghurt at Tigerbakers, a cute little cafe with awesome food. They both ended up having the porridge w/ rhubarb compote ($9.90), which looked phenomenal.  Not that I’m a big fan of porridge, but I AM a crazy rhubarb fan.

My eggs Benny was fantastic.  Though I had to wait for another serving of eggs because mine were undercooked, the Hollandaise was the best I’ve ever tasted; uber lemony, rich and creamy and the ham was the yummy, back-bacony kind. 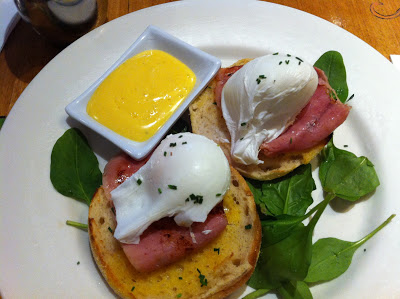 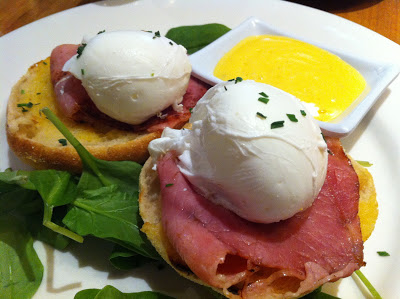