Home / Life / Couchtime With Jill / Beyonce: Life Is But A Dream 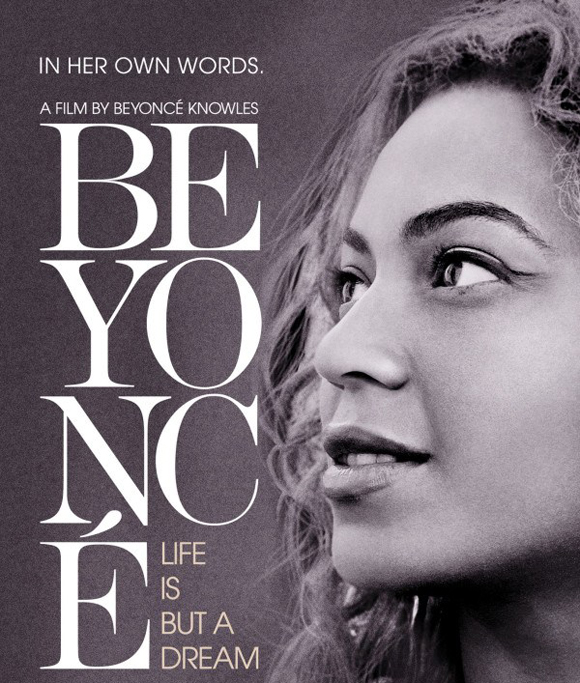 Beyonce: Life Is But A Dream

I finally got around to watching Beyonce’s HBO special, which I adored. But since I watched it weeks later than everyone else, it also left me with a lot of feelings on the reactions I’d read on Twitter, Facebook and pop culture sites after it debuted.

I’m a Beyonce fan. I follow a Beyonce fandom Tumblr, because I follow a lot of Tumblrs that celebrate things I love. It posts cool articles and photos of her, and I’m into that. I follow her on Instagram, and I like how she uses that platform. And I listen to her music. Not all of it, and definitely not all the time, but “Love On Top” is one of my favorite upbeat R&B songs, and I like a lot of others too. When I was in junior high (Canadian speak for middle school) I dreamed of becoming a member of Destiny’s Child and knew all the words to even their B-track songs, like “Apple Pie a la Mode”. So that gives you a background on how I  feel about her work.

I thought her “documentary”, if you want to call it that (but I wouldn’t), was an interesting look into what her life is like. I’ve always appreciated how in control of her own career Beyonce seems, and hearing about why she split from her dad as a manager and how their working relationship damaged their personal relationship was interesting. She talked about Jay-Z, what he taught her about being an artist, and some clips of Beyonce toasting him on his birthday and the two of them singing Coldplay together made my heart melt a little.

She talked a lot about the difficulty of going through a miscarriage, and then the ups and downs of being pregnant and in the public eye. It was intensely emotional and personal, and it gave some nice insight into some of her music.

Yet, the complaints I’m hearing from others seem to be that she didn’t reveal enough, that she was too in control of her own image (she produced and directed the movie), that she only showed what she wanted you to see.

What else would people expect? Beyonce made this movie, I would assume, for her fans. If you like her music, or even her particular brand of celebrity, you would hopefully find it interesting or cool and connect with it. But…she doesn’t owe us anything. I felt she revealed personal details about her dad, her new role as a mother, and her career. I respected that she talked getting over her need to be seen as polite, or to avoid being labeled a diva, in order to control her career and get results. There were times when she seemed fun and silly, but also times when she seemed bossy and stern. Because she is the boss! She’s in charge. And that’s awesome.

People are weirdly hard on Beyonce. They compare her to her sister, which I personally think is a gross thing to do. They have different careers and are both awesome at it – there is no need to pit one against the other. In general, I think comparing pop stars is an odd thing. If you love Christina Aguilera, then love her. If you love Britney, or Pink, or Katy, or whoever, that’s great. Everyone has their favorite singers, but it’s so weird to me to use your respect for one artist to slam another. Beyonce sang along to a recording of her voice at the presidential inauguration and people ripped her apart for it, but no one really wanted to talk about all the other famous national anthems we’ve seen that were exactly the same. (Hi, Whitney. Hi, Jennifer Hudson. Hi, everyone.) There was Superbowl backlash, and ugly-Buzzfeed-photos backlash, and everything backlash. And all the while I wondered, why are we working so hard to take down a woman who’s at the top of her game?

Beyonce is a woman who is in control of her career and image, and I respect that. I think you could probably draw some interesting parallels regarding the weird way people talk about Beyonce and the weird way people talk about Anne Hathaway – another woman who is career focused, a perfectionist, and has the nerve to want you to like her. The hate thrown at these women confuses me.

If you aren’t a Beyonce fan and expected HBO to air a 90 minute documentary that would be some sort of flaw-revealing take-down piece, then of course you would have been sorely disappointed. But why would any artist agree to that? Why can’t an artist decide to share some behind-the-scenes moments of his or her life with fans while still holding some things back? Why is it a requirement to leave everything on the table and keep nothing for yourself?

Maybe some of the criticisms are valid, but I for one was never expecting a tell-all. Did you guys see it? What did you think?