Since becoming a Mom, some things have kind of changed.

I’m sure people know showers as the quick burst of freshness at the beginning of an early morning to awaken the senses.  Others know showers as a long, warm and luxurious quiet time to cleanse and refresh.  In fact, before I e-read (and had a baby), I used to stand in the shower with a paperback novel, allowing the warm water to pour over me and the steam to surround me while I dived into a story.  It was often one of my favourite times of the day.

Now, showers are quick and rare.  Often, I even have a little ankle-biter crawling at my feet, trying to play with the drain or use the faucet to pull himself up.

I used to style my hair every day.  I would spend half an hour at least with a hair dryer or a straightener, making sure that every strand was in place.  My $200 hair style was going to look good every day.

Now, I don’t even know where my hair dryer is.  Under that huge pile of laundry that needs to get done?  How did it get there?  And don’t even mention a straightener.  Why does someone with straight hair even need a straightener (or two!)?  But I sure can rock a ponytail… right? 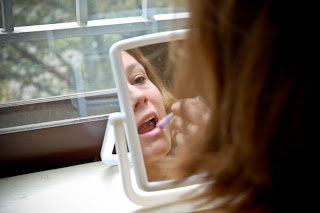 I used to never leave the house without makeup on.  I had this little green mirror that my husband hated because it allowed my to do my makeup anywhere in the house and was often found in the strangest places.  Dan also couldn’t understand how I could spend so much money on makeup, but I was convinced that the only makeup that was good enough for this face was Mac.  You can therefore be sure that I packed my giant makeup bag when I went to the hospital to give birth.

What was I thinking?!  Makeup for right after labour?  After 38 hours of labour, you can be darned sure that I was not looking fabulous, but I can also assure you that I couldn’t have given a crap.  Since then, not giving a crap has been replaced by not having any time and so this Momma often finds herself out in public without an ounce of makeup on.  In fact, I’m lucky if I’m not wearing yoga pants that I’ve had on for a few days already. 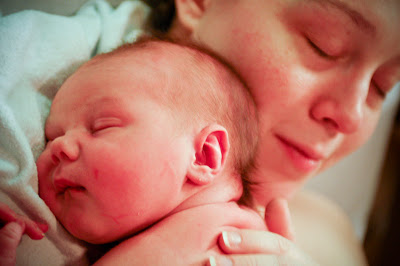 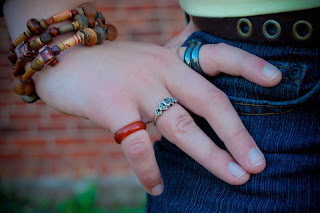 Everything’s different.  I’m different.  My hair desperately needs to be styled and I need bangs again.  But I just know that Cameron will be pulling anything that isn’t in a ponytail.  I no longer fit into any of my clothes (at least they’re all starting to become too big and not the other way around), but I’m making due, especially because I’m often just wearing sweats or p-js.

And forget about jewelry.  I used to love accessorizing.  Now, any earring or necklace that I don is just something else for Cameron to grab onto, pull, and destroy.

But last night, I did something different.

I actually found the hair dryer and used it.

I put makeup on and picked out an outfit.

I even put on a necklace and earrings.

But the biggest change was that I went out.  On my own.  Without Cameron.

Cam and Daddy stayed home together while I went to a movie with some friends.  It was nice.

I am starting to make a real effort to get out of the house on my own.  It is good for me, and it is good for Cameron.  We’ve been together for eight months, and we both need to learn that we’re okay without the other for a short while.  I started this process on Sunday when I left Cameron in the nursery at church for half of the service.  And then, last night, I went out to a movie.  On Sunday I have coffee plans with friends and the weekend following, Dan and I will be going out to a wedding and Cameron will be with a (gasp!) babysitter (Aunt).

The thing is though, this one small change in our schedules and plans is actually a huge step.  I have been complaining about needing to get out lately, but I realized that nothing could change until I did something about it.  I had to make the first step.  I had to realize that my son would be fine even if I wasn’t with him.


And so, I took the first big step. 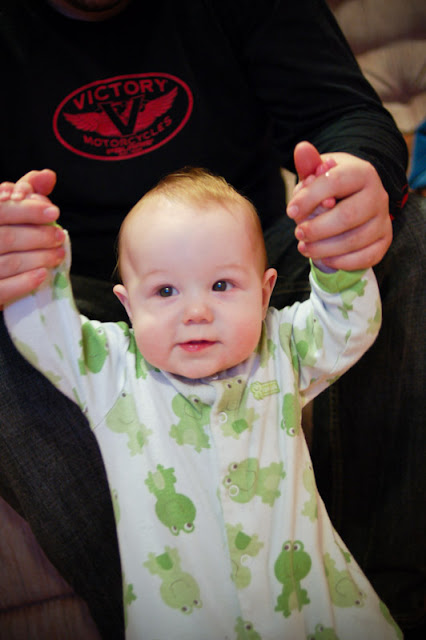