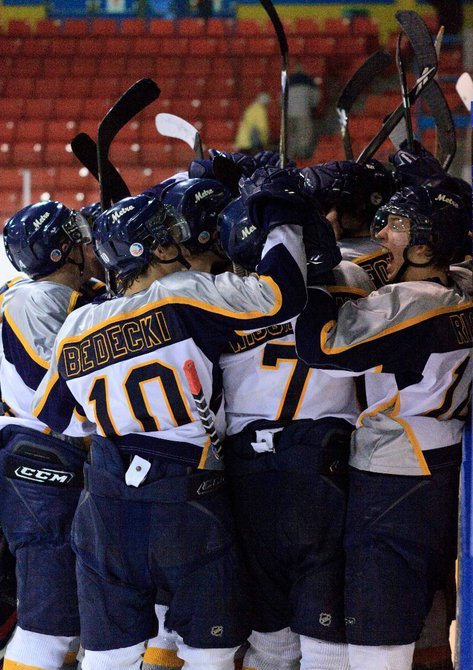 
(photo credit: Michael Fines)
This past Tuesday’s Bill McLean Sports Show on CKDU 88.1 FM in Halifax featured two of the top hockey coaches in the area: Pete Belliveau and Troy Ryan
Pete Belliveau- Head Coach of the Dalhousie Tigers Men’s Hockey Team
Coach Belliveau stops by at the start of the show to talk about his Tigers, the new “Cardiac Kids” of the AUS who have won five games this year in overtime. Coach gives us an update on some key additions to the Tigers coming in January, and discusses the process of turning around the Tigers in the highly competitive AUS
Troy Ryan- Head Coach of the Metro Marauders
Coach Ryan talks to Bill and Henry about 45 minutes into the show. Topics include the Marauder’s December winning streak, the challenges of the MHL’s bizarre scheduling, and the organizations marketing plan moving forward.
In the last half hour Bill, Henry, and Derek Leblanc talk about the Mooseheads and whether or not young athletes should be criticized by the media for poor performance.
All this plus lots of NFL talk, Henry chimes in about the World Cup bid controversy, and even a little NHL and Blue Jays discussion.
Check it out on the Haligonia Sports page on Facebook.
Comments or questions? Email us at sports@haligonia.ca. Follow us on twitter @haligoniasports.