Amongst my personal acquaintances, there is a fairly large subset who frequently wishes they read more than they do. These tend to be busy sorts of people who are interested in culture but don’t always have the time or patience for a slow burning novel.

When they do read, they are looking for something witty and intelligent, most often preferring “realistic” elements to genre conventions. 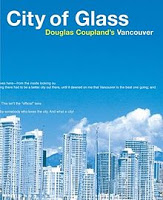 When faced with this particular reading dilemma, I have had great success with recommending one of my favourite authors, Douglas Coupland. Coupland is a Canadian writer and artist based in Vancouver who has published 13 English novels (and one only available in Japanese) since 1991. He has also written a few highly regarded volumes of short fiction and a handful of non-fiction books, including City of Glass, highlighting Vancouver in photographs, and biographies of Canadian icons Terry Fox and Marshall McLuhan. 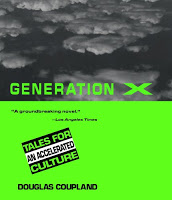 While Coupland has of late been concentrating more on visual art than fiction, he is arguably best known for his 1991 debut Generation X, which popularized the title term in addition to several other cultural buzzwords, such as “McJob,” Coupland’s name for largely interchangeable, low-wage service jobs frequently populated by 20-somethings. Generation X is modeled as a sort of post-modern Canterbury Tales, with the main action comprised of the main characters telling stories to one another in turn. More character-driven than plot-heavy, the book is a unique conception of post-modern ennui and will be especially relatable to Generation Xers, as well as older Millennials like myself.

Choosing a highlight of Coupland’s oeuvre will be largely a matter of individual taste, but in this reviewer’s opinion, the clear winner is Microserfs. Published in 1995, Microserfs chronicles a group of Microsoft programmers who leave the safety of their corporate umbrella in the attempt to start something new, “to be 1.0.” Optimistic and forward-thinking, Microserfs is a hallmark of 90s geek culture, examining themes of self-discovery through community and creativity. While I have nothing but praise for this beautiful, heartfelt book, I would admittedly hesitate in recommending it to those uninterested in or new to computers and technology. Jpod, Microserf’s snarkier spiritual sequel, set in a Vancouver video game company, may be a friendlier read for those unfamiliar with tech lingo.

Contrary to what this post might have suggested so far, Coupland’s books are not all technology-focused and jargon heavy. My top pick for a low-key introduction to his work would likely be Miss Wyoming. Published in 2000, I remember being repeatedly drawn to the book for reasons unknown. I hadn’t yet discovered Coupland, but every time I visited a bookstore circa 2000-2002, Miss Wyoming would find me; I’d pick it up, read the blurb, consider buying it, but ultimately decline on the grounds of being a broke student with no explicit reason to want it. I hope by now I’ve learned to trust my instincts more. Miss Wyoming chronicles the adventures of a former beauty queen who escapes unscathed from a devastating plane crash and a movie producer recovering from addiction. It is a snarky but ultimately hopeful view of growth, change, and reinvention.

Read in order: No, but Coupland’s early work has a distinctly different feel to it than his later works, which grow gradually snarkier (with cynical streaks) as time goes on.