I like to do everything myself. I have grandiose ideas in my head that I can only imagine myself fulfilling. And I would never want to saddle these elaborate schemes on loved ones. So when people offer to help, I usually just say that there is nothing to be done and that I am fine.

But I never manage to get those things done that I imagine.

So for Cam’s birthday, I delegated! I had family and friends help with the cakes. And when my sister told me she wanted to help, I quickly shared my idea for a birthday sign. She offered to help, and the sign she made was an awesome addition and just what I had pictured! 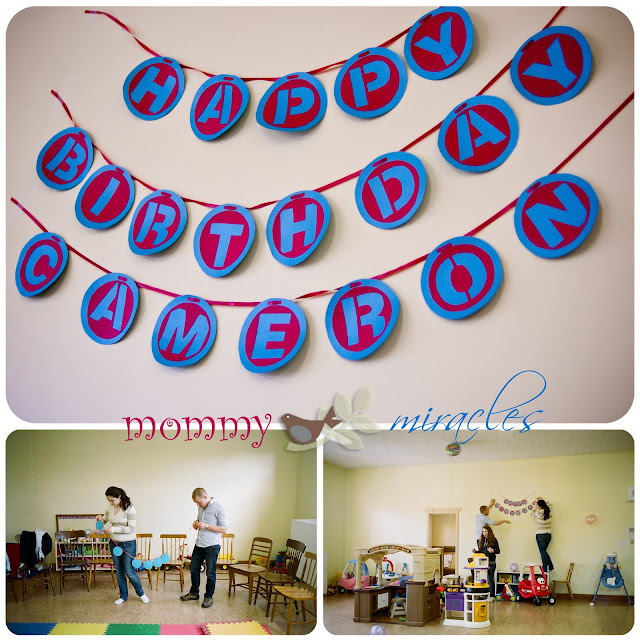 I also decided to get the boys involved. As we were getting ready to set up the party at the church, I handed the baby to my husband and a list to my brother-in-law and sent them to the store. They were to pick up two key things: snacks and balloons.

Like what kind of balloons? My husband asked. Because you know there are birthday balloons in the drawer.

A Hulk balloon to go along with our Monster theme.
And a Winnie the Pooh Happy Birthday Balloon.

Apparently Cameron was enamored the moment the balloons floated over to him. 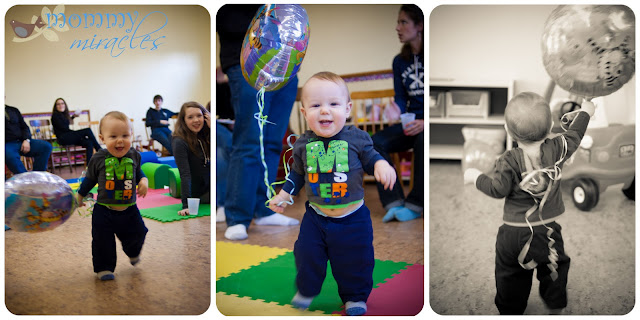 There was joy on his face. There was wonder and excitement. There was fun. There was everything a birthday party should be. There were balloons.

And balloons? Well they are a gift that keeps on giving. Because on the following morning, when Cameron’s actual birthday arrived, the balloon (that hadn’t floated off to bring joy to heaven) was there waiting to be chased, held, and trucked around. Cameron held onto the string of that balloon for days! We always saw the balloon coming before we saw Cameron coming. 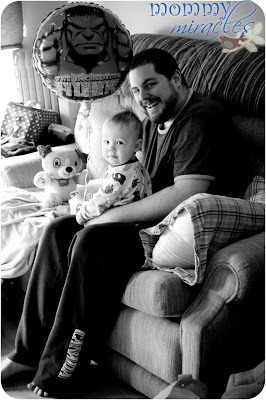 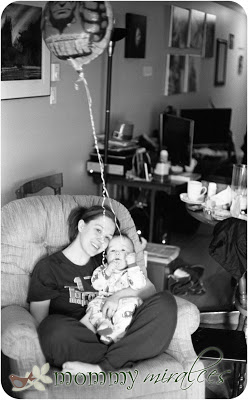 Balloons and strings might not be the safest thing for a one year old to play with. He certainly never brought the balloons to bed and he was always supervised while playing with them. But in my opinion, these balloons were just the best treat for my baby. His birthday party was great. His friends were fun. The cake was delicious. The presents were exciting. But the balloons? Well the balloons just made the whole shebang perfect. 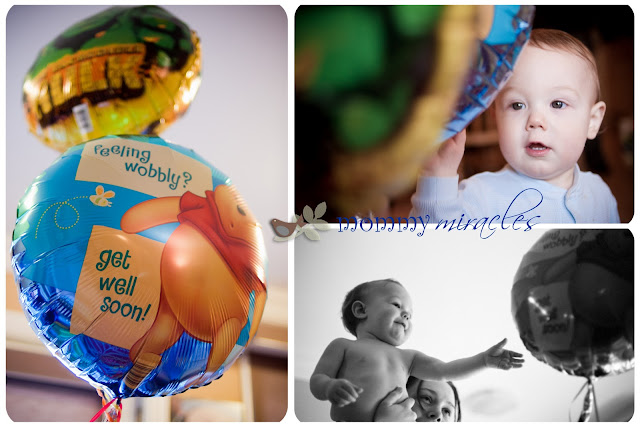 Cameron’s first birthday party didn’t have a lot of decorations. And, I can proudly say that I didn’t contribute anything. But in my mind, and in the mind of my son, the decorations were just right.

Oh, and by the way. My husband? He told me that getting those helium balloons were a great idea.