It seems fitting that this book review coincides with my Writing Vows summer guest blogging series on marriage. The Paris Wife by Paula McLain considers the topic of marriage as well as the role of women in such institution through the story of Ernest Hemingway’s first wife, Hadley and their relationship. 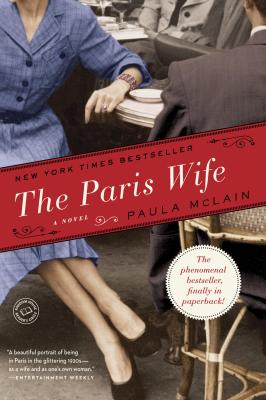 Get it on Amazon.com

Ernest and Hadley fall madly in love and Hadley determines that she will be a wife who supports her talented husband in his calling to be a writer. It is a fierce declaration of love, yet she eventually starts fighting to find her own role in the world as she tries to assert her need to be supported equally in her marriage. The Paris Wife is set in the 1920s, so there are a lot of assumptions about marriage and the roles of husbands and wives that are different than they are today. Still, I could see a lot of parallels to some of our still lingering societal problems, which echo a time when men could take what they wanted with little consideration for how women felt.

“When Ernest looked around lately, he saw a different kind of life and he liked what he saw. The rich had better days and freer nights. They brought the sun with them and made the tides move. Pauline was a new model of woman and why couldn’t he have her? Why couldn’t he reach out and claim ever thing he wanted? Wasn’t that the way things were done?”

While I didn’t particularly love the plot of The Paris Wife, which seemed, even in its fictionality, pretty biographical to me, I did really appreciate the point that Paula McLain was making and I found myself getting increasingly caught up in the dramatics of the Hemingway marriage. That is where the intrigue lies in the novel for me. I desperately wanted Ernest to see Hadley for the sacrifices she made for him in the name of love. I wanted him to step up and sacrifice for her too, but he became a selfish husband who took and refused to give anything back.

“That’s the way love tangles you up. I couldn’t stop loving him, and couldn’t shut off the feelings of wanting to care for him – but I also didn’t have to run to answer his letters. I was hurting, too, and no one was running to me.”

The Hemingway marriage started out idealistic, as I think all marriages do. Promises were made that were meant to be kept, but those promises became unrealistic. And, like so many marriages, the facade broke down, revealing two broken people together instead of two people made stronger by each other. It was sad in a way, and incredibly disappointing as I watched how Ernest reacted.

“I knew then that he understood how necessary the promises we made to each other were to our happiness. You couldn’t have real freedom unless you knew where the walls were and tended them. We could lean on the walls because they existed; they existed because we leaned on them.”

I am so thrilled that Paula McLain chose to give Hadley a voice. When we watch men rise up and excel through history, we often fail to look for the women who quietly moved to the sidelines to help them get to the top, only to be trampled over later. As I watched the Hadley struggle to define herself beyond her husband’s shadow, I found myself grateful that McLain had written this fictional account so that she could have a voice. She is officially more than a name in a dedication and “the Paris wife”.

The Paris Wife wasn’t written in a style that I particularly love, but I so appreciated the themes that came through the novel, and so because of that, I rate this book 3/5 (even 3.5/5 perhaps). I know that this is a much beloved book by many of my peers, so I would definitely suggest picking it up and trying it out yourself, even just to hear this woman’s voice echo through the halls of history, finally.

Have you read The Paris Wife. What did you think? 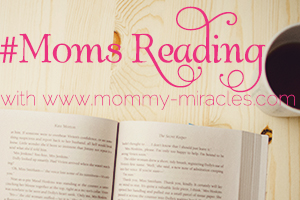 July’s book club meets Wednesday night, June 30 (TONIGHT!) when we’ll be discussing The Paris Wife by Paula McLain. Tune in and join the discussion at 9pm Eastern on Facebook. If you haven’t yet read The Paris Wife, then start reading our August book! We will be reading Tell The Wolves I’m Home by Carol Rifka Brunt. The discussion will take place on Wednesday, August 27th at 9pm Eastern.