Special thanks to Halifax Learning staff member, Brittany Curran for this great selection of scary Halloween books for kids of all ages!

Witches by Road Dahl
Set in both the U.K. and Norway, Witches is the story of a young boy and his Norwegian grandmother, who warns him about crafty, cruel women plotting to get rid of every kid on Earth.
While at a hotel in England, the boy witnesses a meeting of “The Royal Society for the Prevention of Cruelty to Children” that turns out to be a façade for an annual witch conference! Clever and creepy, this Dahl classic will keep your reader in total suspense. (Recommended for ages 11-15.)

Five Little Pumpkins by Dan Yaccarino
One of my personal favourite poems has been captured in Yaccarino’s recent adaptation, and the book’s beautiful illustrations give this classic rhyme new life. So let these five charming pumpkins into your child’s world! (Recommended for ages 4-6.) 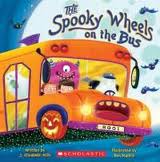 The Spooky Wheels on the Bus by J. Elizabeth Mills and Ben Mantle
This holiday gem is a counting book that goes from one spooky bus to ten silly ghosts, and it is filled with fun for littler ones. While picking up innocent passengers, the story’s ghosts deal out both tricks and treats in a haunting mission of hilarious Halloween hijinx! Enjoy singing along with your kid to this seasonal remix of “The Wheels on the Bus”! (Recommended for ages 3-6.)
The Haunted Mask by R.L. Stine
As the 11th installment in the famed “Goosebumps” series, this book paints the world of Carly Beth, a shy girl often teased by classmates. After dismissing her mother’s suggestion of going as a duck for Halloween, Carly Beth snoops around a costume shop and convinces the owner to sell her a mask from the backroom. Unable to take it off, she sets out to simply shock her peers but is instead possessed by its dark magic. This truly terrifying tale (one I’ve yet to forget!) is guaranteed to give your reader goosebumps! (Recommended for ages 11-15.) 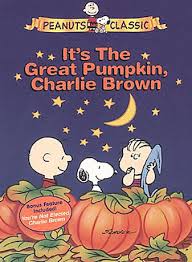 It’s the Great Pumpkin, Charlie Brown by Charles M. Schulz
Based on the television special first aired 47 years ago, this classic is sure to get your young reader into the festive spirit! With unshakable optimism, Linus believes the illusive “Great Pumpkin” will appear come Halloween, but the Peanuts gang is beyond skeptical. Among the story’s highlights is how Charlie Brown only gets rocks while trick-or-treating and Snoopy is dressed as a World War I flying ace. Filled with hope and surprises, this autumnal tale is a bookshelf must-have.(Recommended for ages 5-9.)
The Berenstain Bears Go On a Ghost Walk by Stan and Jan Berenstain
Because Papa Bear adores Halloween, he’s in charge of organizing a spooky stroll—but may overstep his boundaries with too many scare tactics! Read how Mama, Sister, Brother and Baby Bear set out on the annual walk in the series known for promoting great life lessons! (Recommended for ages 7-9.) 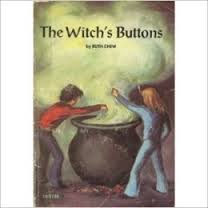 The Witch’s Buttons by Ruth Chew
Having lost a button from her new coat, Sandy acquires an odd-shaped one from a peer, and the girls subsequently seek out a sewing supplies store. When a shopkeeper is intrigued by the unique button, Sandy decides that it must be special! It is then snatched by a kitten, taken to a witch’s house and placed in a cauldron where the button comes to life.  It is then that Sandy and Janet begin an adventure to uncover the truth about witches while developing a truly special friendship. Pick up this paperback and let your reader believe in the magic of Chew’s enchanting world! (Recommended for ages 8-11.)
Arthur’s Halloween by Marc Brown
A bona fide scaredy cat, Arthur is terrified of everything that October 31st brings. While trick-or-treating, his younger sister, D.W., bravely approaches the scariest house on the block and Arthur feels compelled to follow behind. As the sixth in the An Arthur Adventure series, this book is a charming story about facing fears and getting into the Halloween spirit! (Recommended for ages 4-8.)
With 6 locations in HRM, Halifax Learning Centre offers many different programs to suit everybody’s needs – it’s more than just tutoring! For more information on programs like SpellRead, Momentum Math, French and more visit their website at: http://www.halifaxlearning.com