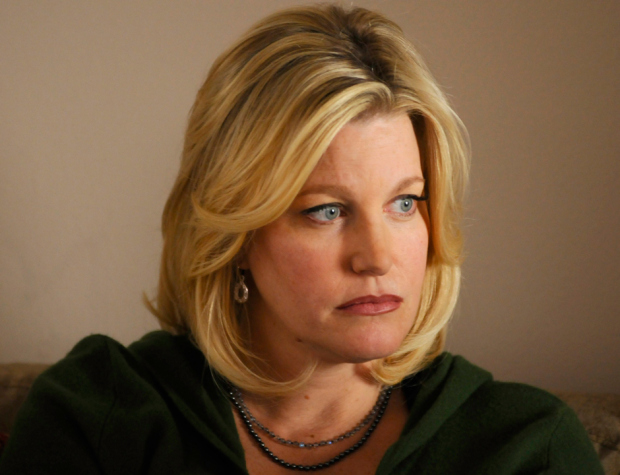 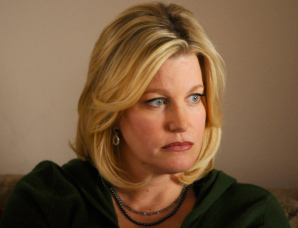 Guys! We are 1/4 of the way through the final episodes of Breaking Bad already! This is insane. The episodes are leaving me so much on the edge of my seat, that even though I’m usually exhausted on Sunday nights I’m shocked when the credits roll.

It never feels like an hour has gone by.

This episode was very Skyler-centric, which is very interesting to me. She’s been such a polarizing character on the show, and in the pop culture zeitgeist in general. A lot of words have been written about how women and men in quality television, but I won’t get into that in this blog post.

To me, Skyler has never been any less likable than Walt. They were both sort of bland and miserable when the episode began, and as Walt entered the criminal world she became both a villain and a victim.

Hank expected that Skyler knew about Walt, but he had no idea for how long or how involved in the “business” she was. He expected it to be easy to convince her to help him put Walt behind bars. This episode was full of fantastic, tense scenes – Hank and Skyler’s discussion in the diner, Marie and Skyler’s confrontation in Skyler’s home, and then Walt and Skyler’s conversation near the end of the episode.

It’s interesting that Walt was willing to turn himself in as long as Skyler agreed to keep the money. He was originally doing this for the money, for his family, but it quickly became more about power. Those words made Walt a little more sympathetic, but I don’t know if I buy it. Does Heisenberg care about his family anymore? Or was he just trying to stick it to the police by making sure they never got his fortune? Skyler seemed void of emotion – she was calculating and nervous, but she seemed empty. She told Walt “I can’t remember the last time I was happy”, and told him not to turn himself in – because that would surely mean giving up the money.

(Walt buried the money in the desert, and bought a lottery ticket as a mundane coverup for the coordinates. Smart.)

Meanwhile, Jesse got brought in by police for throwing stacks of money around, and Lydia has clearly taken a more hands-on role in the business. I really liked the scene where she gingerly stepped around the dead bodies, hands over her eyes, after Todd and his guys killed off everyone who’d been making substandard meth. Thrilling.

An article on Buzzfeed made the rounds last week, spelling out a popular Breaking Bad theory. I wouldn’t really call it a spoiler, so much it revealed what people who pay very, very close attention to the show have noticed. But if you’d rather avoid it, take off now before I discuss it below.

The Buzzfeed article shows examples of how Walt can pick up traits of people he kills. There are some pretty awesome examples in the article – a couple that I caught, and many I didn’t. It also makes two suggestions based on this theory – that Walt might end up killing Skyler and Jesse.

The example they use for Skyler is how Walt breaks up his bacon into pieces during the flash-forward to his 52nd birthday. I don’t know if I buy think – after all, it’s just a birthday tradition. But I also wouldn’t be surprised at all if Skyler and the children die, so sure. (Actually, I think Skyler and the kids should die, because losing his family would be the ultimate price Walt could pay for his sins.)

The example used for Jesse is that in the flash-forward we saw at the beginning of this season, Walt was wearing a military-style jacket similar to what Jesse sometimes wears. But, this week we saw Todd wearing that same kind of jacket. So maybe Walt doesn’t kill Jesse, maybe he kills Todd. I feel like Walt is likely to kill Todd, even though he trained him – but I’ll be really heartbroken if Jesse ends up dead.