Durty Nelly’s recently launched a new brunch menu and invited me to check it out. I was pretty much sold on the Caesar menu and the prospect of a full Irish breakfast!

About that Caesar list – there are 6 signature Caesars made with 6 types of booze. I got the Bushmills Original ($7): 1oz Bushmills Irish Whiskey, Clamato, HP sauce, Tobasco, Worcestershire and horseradish with a Montreal Steak Spice rim and a sausage garnish. This was fantastic! Refreshing and balanced with a sizable nibble on top. Durty Nelly’s should be on the radar for any self-proclaimed lover of Caesars. 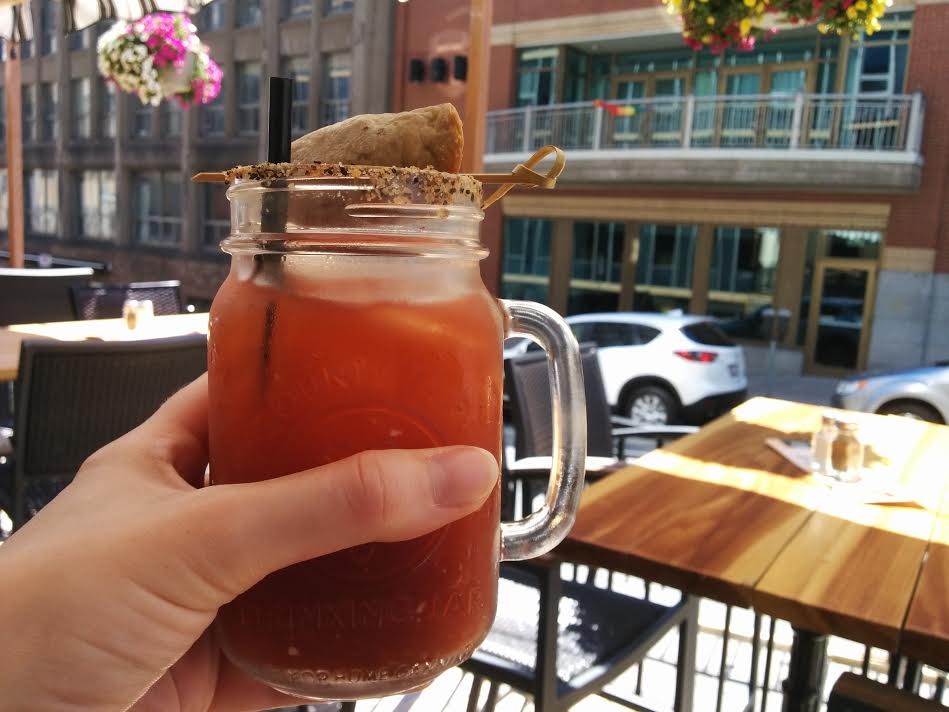 LuShark ordered a Ham Eggs Benny ($12), as she often does. Durty Nelly’s has several varieties of benny, including corned beef ($13), smoked salmon ($13) and spinach & mushroom ($12). But LuShark, a total benny purist, insists upon the ham version because according to her, “If it’s not made with ham it’s not an eggs benedict. Call it something else!”

LuShark is quite critical of eggs benedict. She is still reeling over the slop served to us at the Moustache. However, Durty Nelly’s had nothing to worry about. Their eggs benedict made the mark! The eggs were cooked to her specification (medium) and the ham was real baked ham. The house-made hollandaise had a lemony zing and there was just the right amount. Even the English muffins (so often traded out for hit-or-miss biscuits) were perfectly toasted.

She was pleased to see a fresh fruit garnish that didn’t look like it had been sitting under a heat lamp.

Her only complaint was that she thought the home fries were a little dry. 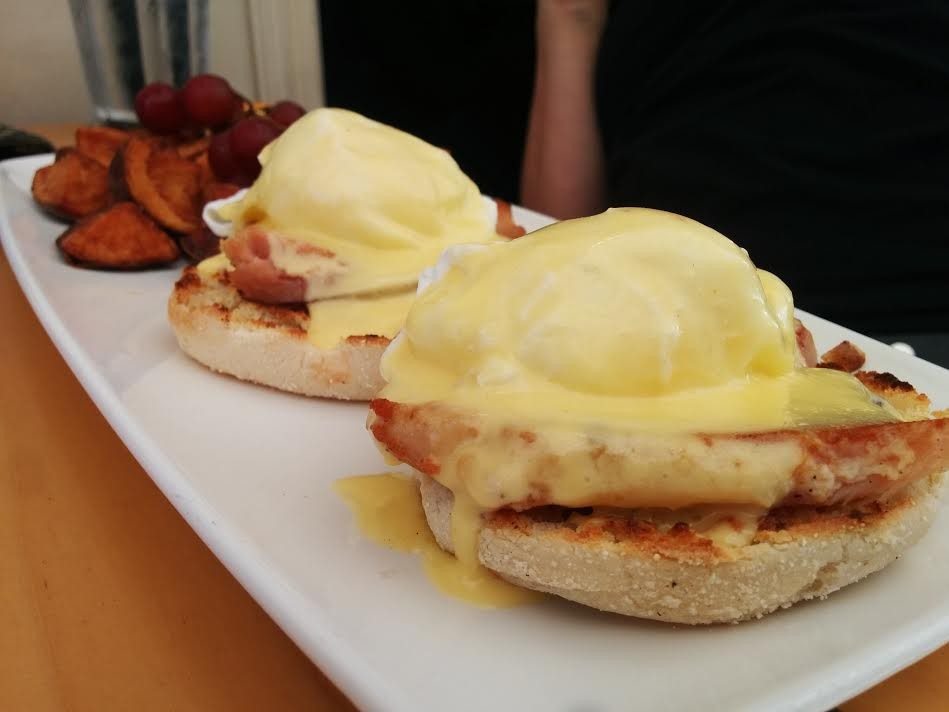 My Irish Breakfast ($13) came with 2 eggs, white pudding, sausage, ham, bacon, beans, home fries and Guinness brown bread. I was recently in Ireland, so I couldn’t help but compare this to the Full Irish Breakfasts I’d had there – not that “authenticity” makes it any better or worse.

I was disappointed that there were no fried tomatoes or mushrooms, as this Irish breakfast component helps to cut through the heavy monotony of salty meats… and I would have liked Irish back bacon rather than American streaky bacon. But I came to judge this breakfast on its own merits, so I’ll focus on that.

The ham was splendid; it was my favourite breakfast meat on this particular platter. The white pudding wasn’t the most flavourful I’ve had, but I certainly appreciated the novelty. The sausage was better than most, and portioned appropriately (a full link would have been too much). 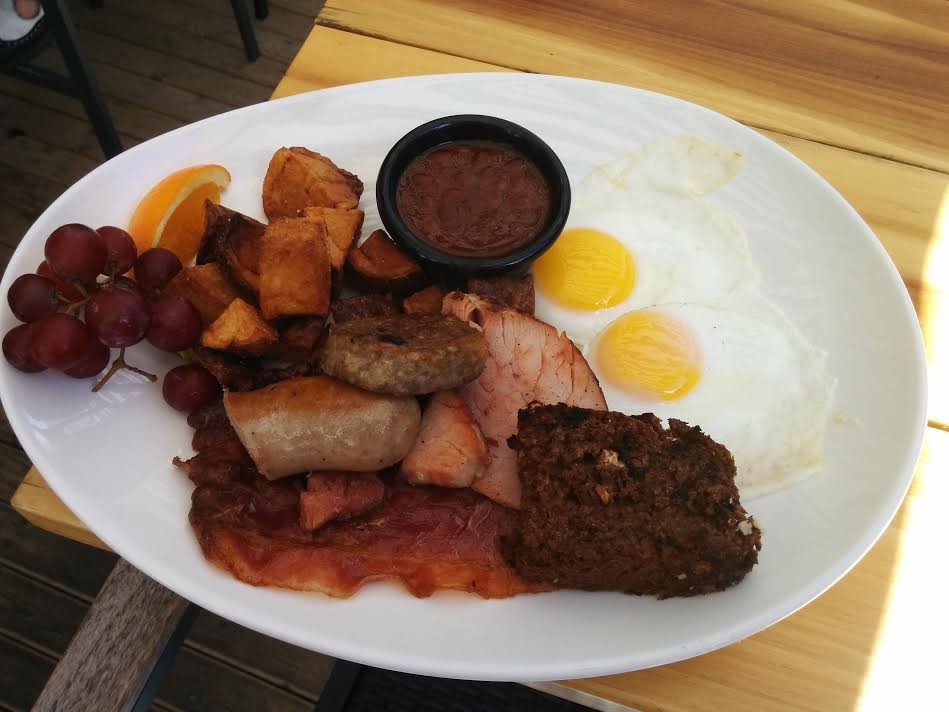 I wasn’t crazy about the Guinness brown bread, which was actually gooey with sweetness. In this case, I would prefer the more traditional fried potato or soda farl, and some standard toast would go a long way.

I’m not a baked bean connoisseur but these complimented my breakfast. They weren’t baked beans in tomato sauce (like you would see in Ireland/UK) but the regionally preferred molasses-style.

I ordered my eggs sunny side up and they were on point.

Service was prompt, professional and friendly.  Our server, Kate, made sure our coffees and waters were never empty.

This was quite an enjoyable breakfast and I would return for the benny and Caesars. Or maybe next time I’ll try the Maritimer Breakfast ($13) which replaces breakfast meats with fish cakes.

Full disclosure: I was invited for a complimentary brunch by Durty Nelly’s (thanks guys!) but I did not make my presence known until after we had eaten.