An “epicurean” is popularly defined as one who seeks pleasure, particularly in the form of food and drink. The word derives from ancient Greek philosopher, Epicurus, who taught that pleasure is the greatest good.

However, unlike other hedonists Epicurus actually believed that pleasure is derived from the avoidance of over-indulgence that so often leads to pain and suffering. He did not partake in revelling or decadent food, and lived a life of celibacy.

I doubt that he would be a fan of mimosas, hangovers and Hollandaise.

… but such is brunch, and I prefer to subscribe to the popular notion of epicureanism.

“Epicurious”, of course, is wordplay combining the popular concept of epicurean delight with curiosity. I was delighted and curious when my friend Jenna invited me out to brunch at her favourite neighbourhood spot for eggs benny. 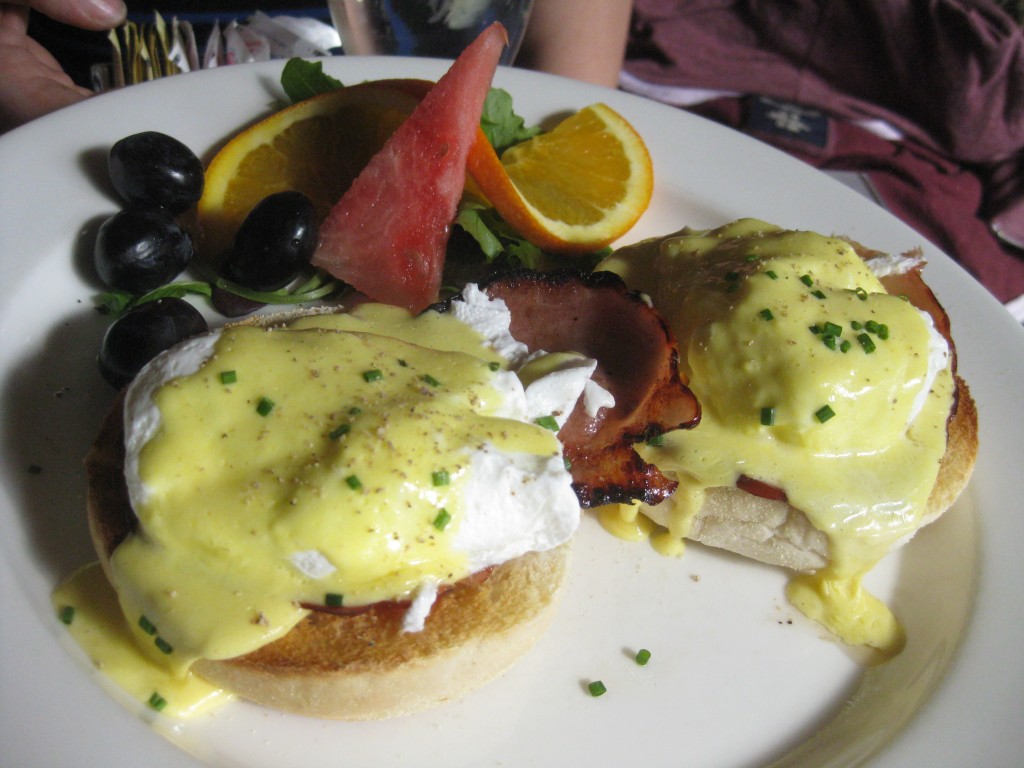 But I’ll just have to take her word for it, as I didn’t manage to steal a bite. I have watched Jenna grow from being decidedly anti-benny, to benny-ambivalent, to benny-obsessed – all within a span of 2 years. She now holds eggs benny up to a high standard, and she swears by these ones.

I ordered the California Croissant with avocado, poached egg, tomato and Mornay sauce, which is basically a white sauce with cheese. 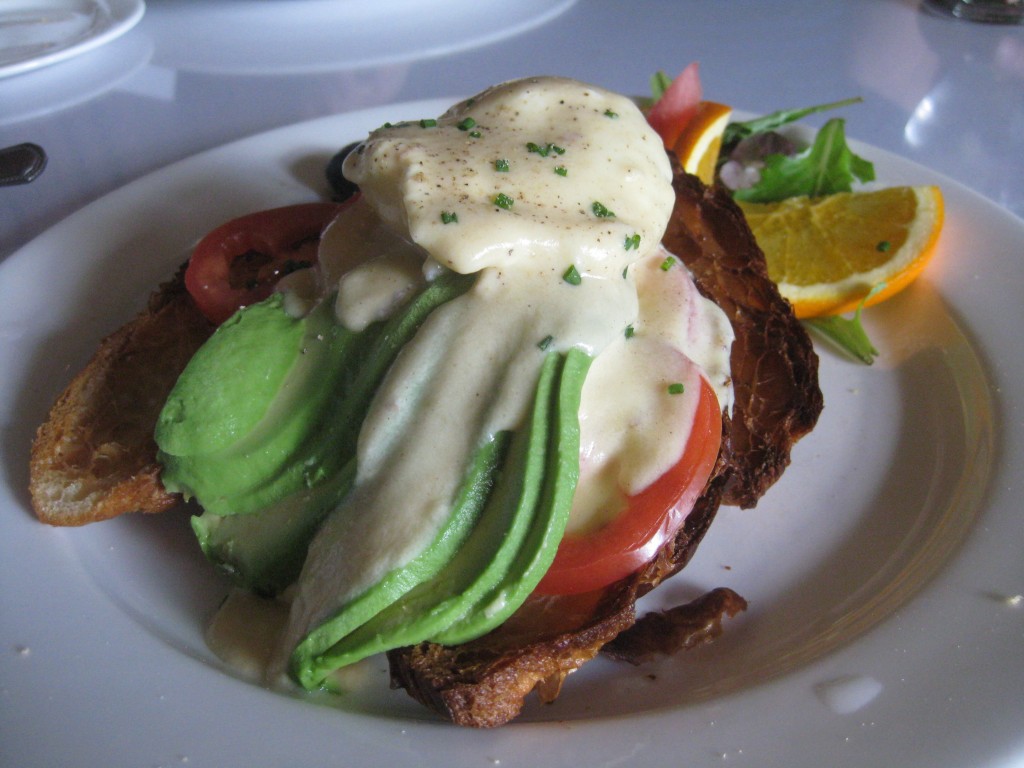 All the components of a good brunch dish were there – thinly sliced ripe avocado, almost-perfectly poached egg and decadent creamy sauce. It had glamour and flavour, and the price was right ($9.25).

The main setback for this dish was the over-toasted croissant. It was somewhat brittle, which is unbecoming of a croissant. The other half  lay underneath, bare and unpopulated. I think I was supposed to put it on top and eat it like a sandwich, but there wasn’t enough egg to go around and I didn’t feel like dismantling the given arrangement to evenly distribute the toppings. With that said, I think this dish would be pretty solid with a properly toasted croissant, an extra egg, and an instruction manual.

I was thrilled with the Black Globe grapes featured in the fruit accompaniment. I had never heard of these before, but they were such a nice change from the usual red table grapes.

The restaurant had class, but also a casual neighbourhood feel and friendly service. The house specialty is gravlad lax and house-smoked salmon (available in a benny, a bagel or with potato latkes!) so I can see myself returning for that.

Since we are still in the first month of New Year’s resolutions, I’m back to the old interpretation of Epicureanism until next weekend or the next boozy brunch – whichever comes first!