Full disclosure: I was invited for a complimentary brunch at The Auction House. I told the manager that I would prefer to not announce my presence until after my food had arrived, and he accommodated that request.

I ordered a Caesar to start because I like a boozy brunch. It came in a funky glass with a crispy bacon garnish and had a good balance of savoury spice. Jenn, who was my brunch companion of choice that day, had the H20. 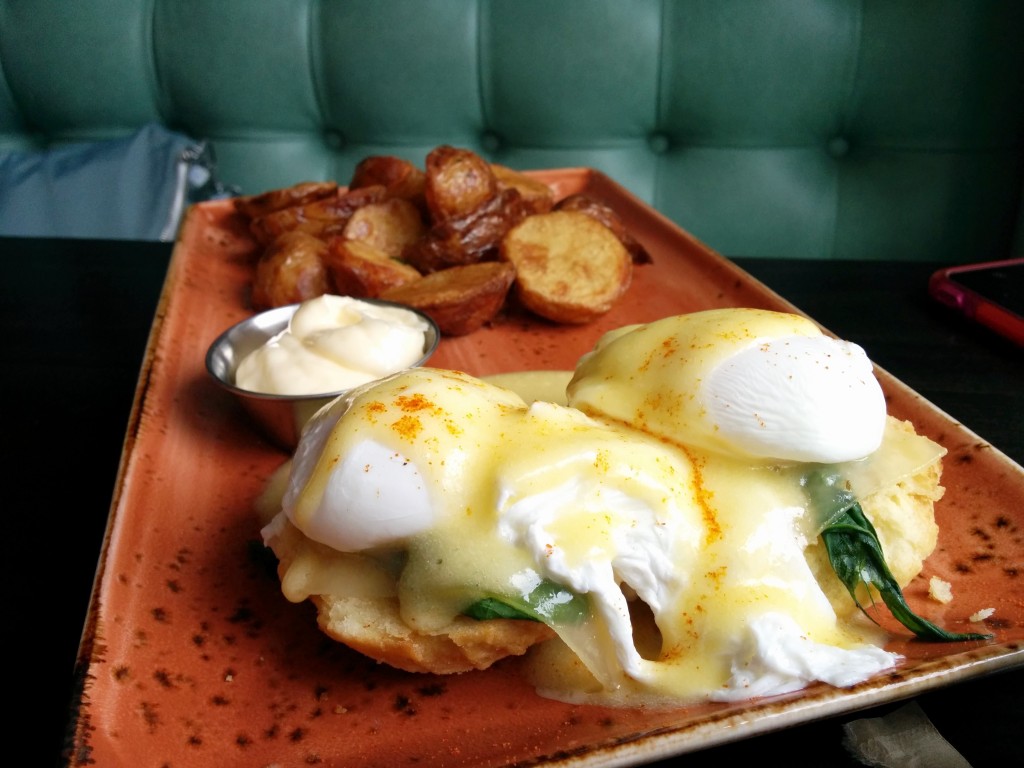 The Auction House offers its corned beef hash as a side for both brunch and dinner. I got to try it during Sausage Fest. It is fried hashbrowns with chunks of corned beef. Add a little hot sauce and it’s my kind of brunch accompaniment.

Jenn is of the vegetarian persuasion, so she ordered the fried potatoes.

The potatoes were cooked perfectly, but we would have preferred smaller pieces so that the crispiness and flavour were more pronounced in each bite. These are potatoes that I would serve with a steak… but maybe not breakfast.

The poached eggs were also cooked perfectly and there was just the right amount of hollandaise sauce. Jenn’s only complaint was that she didn’t like the texture of the tea biscuits and would have preferred an alternative. Those who love a tea biscuit base, however, will enjoy this benny.

I found the concept of a “Huevos Rancheros Skillet” ($12) too tempting to resist. 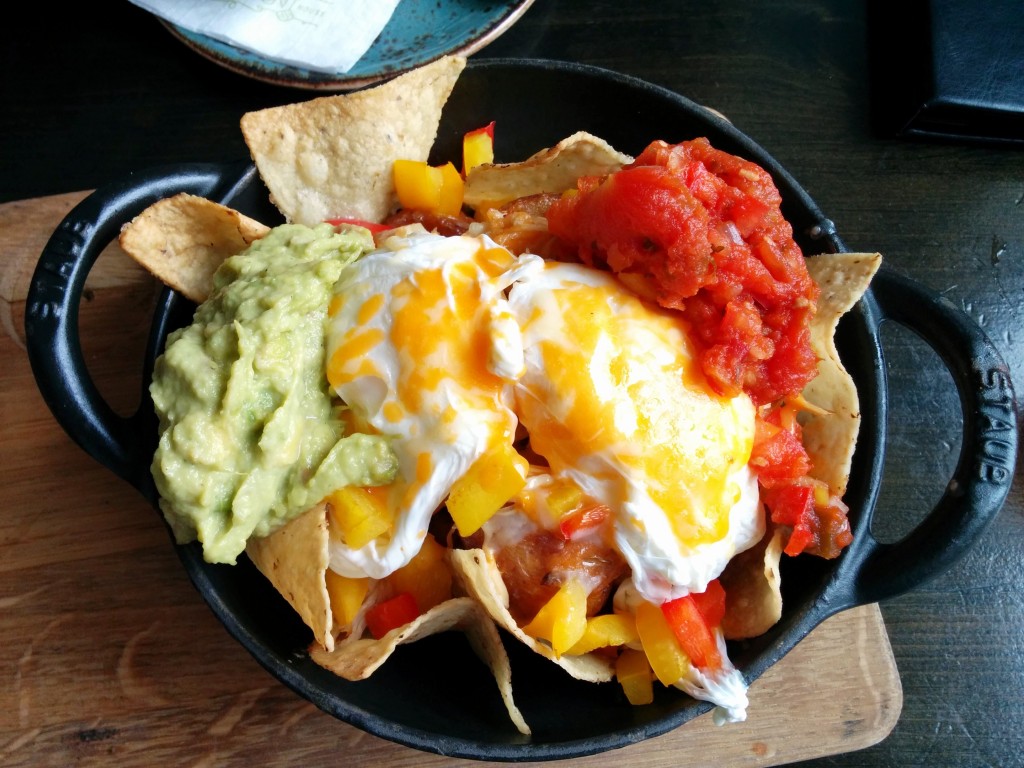 From the description I was picturing hashbrowns and tortilla chips fried in unison, topped with chicken, eggs, melted cheese, salsa and a drizzling of avocado cream. The latter turned out to be a fancy name for guacamole (which doesn’t drizzle), and I was a little wrong about the fried potatoes, AND nachos (as opposed to fried potatoes and nachos). The nacho chips were carefully placed around the edges of the skillet. The fried potatoes were the same large chunks that came with Jenn’s benny. In my opinion they are far too large for a breakfast skillet dish.

I looked at this thing of beauty, and I looked beyond the aesthetic and into logistics. I said to Jenn, “I’m gonna have to pulverize this before I eat it”. She gave me her blessing and I went to work.

The work involved mixing all of the flavours together, but also of chopping up the potatoes into bite-sized pieces and smashing the nacho chips into the mix. The poached eggs, once punctured, seeped out their magic. Its beauty was devastated, but now all the flavours and textures were blended into a nice little breakfast dish.

I just didn’t think the potatoes were the right cut.

Shortly afterwards, I introduced myself to Nathan the manager. Immediately he said, “The huevos racheros is my favourite dish! But I get the corned beef hash instead of the potatoes!” Whuuuuut! I could have done that?

I would totally order this dish again, only next time I’m getting the corned beef hash. I think that would be perfection! 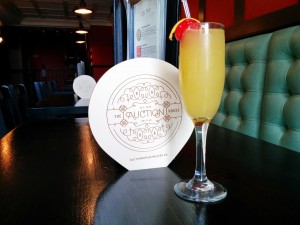 Nathan brought us a mimosa to try. Though not on the menu at the time of our brunch date, the mimosa will be making an appearance in September. It will be $5 and spiked with pineapple juice.

Nathan chatted with us for a few minutes about the food scene in Halifax, and the importance of good service. I should probably mention that our service at The Auction House was excellent. At one point during the meal I just thought about ordering another Caesar when a server came out of nowhere and asked if I’d like one. I really appreciate a server who can stay ahead of my drinking! … especially when they’re telepathic.

Overall we had a really positive brunch experience at The Auction House. Good service, good food and good drinks make for a proper brunch. I’m actually quite eager to go back and try the Huevos Rancheros Skillet with the corned beef hash. I find the entire menu to be quite inspired, though, so I imagine I’ll be swinging by sooner than later.

Brunch at The Auction House
https://haligonia.ca/brunch-at-the-auction-house-97030/